The southernmost part of Sutton, situated on the edge of the North Downs 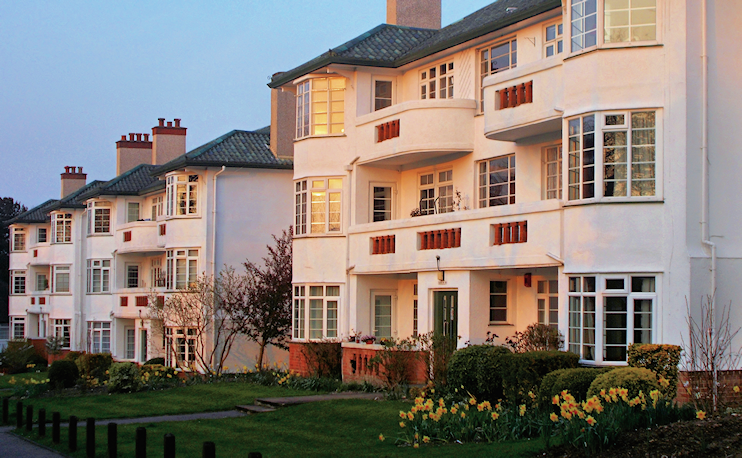 Until the 19th century this was an exposed spot called Little Hell, although ‘hell’ may simply have been a dialect version of ‘hill’.

Sometime in the late 1840s an Epsom lime-kiln worker is said to have dug up a bucket half-filled with precious coins and used his new wealth to fund a trip to Cali­fornia to join the gold rush. On his return this unnamed entre­pre­neur estab­lished the Cali­fornia Hotel here. When a station opened in 1865, it too was named Cali­fornia. However, goods intended for delivery here were sometimes shipped to America by mistake, so the stationmaster’s wife came up with the name ‘Belmont’ in 1875.

Building to the west of the railway line began in the 1880s, replacing lavender, pepper­mint and straw­berry fields. The Victo­rians took advantage of Belmont’s healthy, acces­sible and afford­able setting to build schools, hospitals and other insti­tu­tions. Their full story is somewhat messy and doesn’t make for light reading in a short article – but a few key dates and facts are included below. There’s a little more in the Wikipedia article on Belmont and much more in Roland Sparkes’ Belmont: A Century Ago.

The South Metro­pol­itan (later Sutton) schools were children’s homes for vagrants and orphans from south London, after­wards serving a variety of purposes. A mental hospital was founded in 1877, subse­quently gaining national renown as a centre for nervous disorders.

The church of St John the Baptist was built on Northdown Road soon after the outbreak of the First World War and enlarged later. The church is now a local ecumenical part­ner­ship, playing host to both Anglicans and Methodists – and even conducting the occa­sional Taizé, Monastic or Celtic service.

Belmont’s main phase of suburban growth came in the years after the war and the locality was almost fully built up by 1930. Sutton Hospital offi­cially opened at its present site on Cotswold Road in 1931, since when there have been several phases of expansion, with more to come.

In the early 1930s, near the eastern edge of the Belmont ward (and of the SM2 postcode area, where this locality merges with Carshalton Beeches), AG Taylor built Chiltern Church and the houses either side of it. Chiltern char­ac­terises itself as an ‘inde­pen­dent evan­gel­ical church’.

The Cali­fornia Hotel took a direct hit by a bomb during the Blitz and was after­wards rebuilt as the Belmont. It has since become the Cali­fornia (in Sutton).

The council’s Shanklin Village estate added 424 deck-access flats and maisonettes in the 1960s. The southern half of the Sutton schools’ Banstead Road site became an outpost of the Royal Marsden Hospital in 1963. The photo­graph below shows the Royal Marsden in 2012. 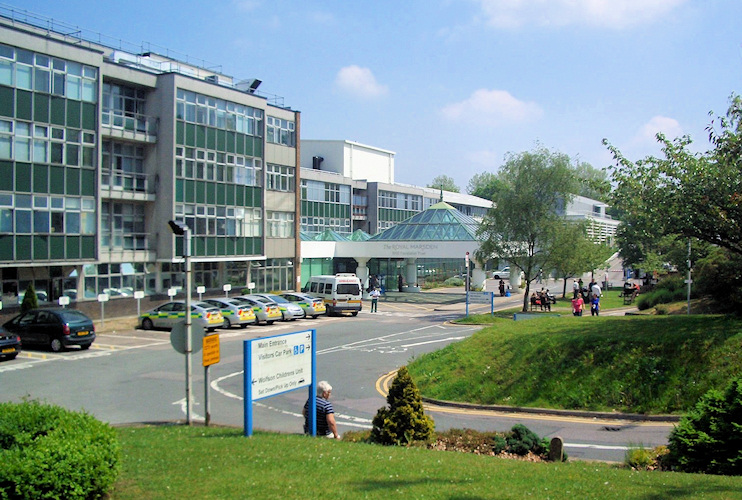 Belmont psychi­atric hospital closed and was demol­ished in the 1980s, to be replaced by the homes of Belmont Heights.

According to the 2011 census, Belmont’s popu­la­tion is 78 per cent white – down from 88 per cent in 2001. The most populous ethnic minority, consti­tuting 5 per cent of the total, is of Indian birth or descent.

* The picture of The Chilterns art deco apartments at the top of this page is adapted from an original photograph, copyright Tony Monblat, at Wikimedia Commons, made available under the Attribution-ShareAlike 4.0 International licence. The picture of the Royal Marsden Hospital is modified from an original photograph, copyright The Saunterer, at Geograph Britain and Ireland, made available under the Attribution-ShareAlike 2.0 Generic Licence. Any subsequent reuse is freely permitted under the terms of those licences.