A stockbroker-belt southern extension of Carshalton 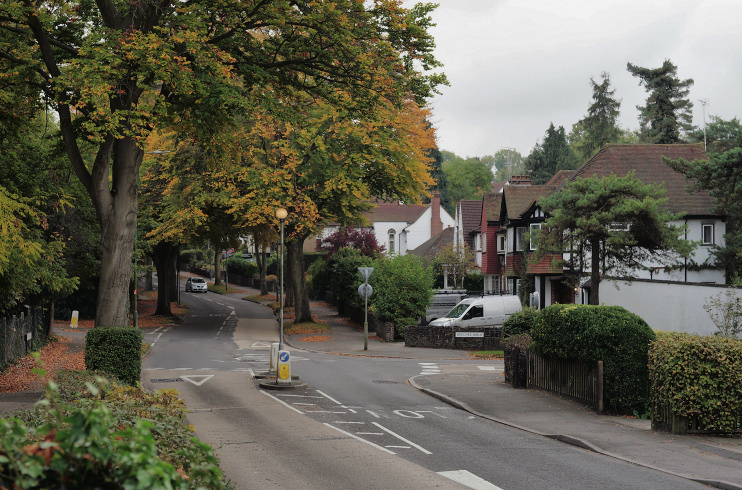 Much of Carshalton Beeches was formerly part of Barrow Hedges Farm, so called from three ancient burial mounds located on the north side of Oaks Park. For centuries it was strip-farmed common land.

Because the Sutton to Croydon railway line was forced to swerve south of the village centre, Carshalton’s nearest station was orig­i­nally at Wallington but a halt was provided at the Beeches, named for an avenue of beech trees that the line crossed at this point. This was in sparsely populated territory known as Carshalton Fields, leased by Croydon council from the lord of the manor.

The halt was little used in its early years because the steam-hauled shuttle service was infre­quent and slow. After the First World War the railway company elec­tri­fied the line and built a proper station here called Carshalton Beeches, making it a regular stop for the London service.

The effect on the surrounding area was equally elec­tri­fying. A small army of builders descended and within a few years almost all of Carshalton Fields had been covered with housing – much of it of good quality and with generous gardens.

With the addi­tional benefit of its elevated setting, the Beeches soon became a more pres­ti­gious address than the village itself. Later expansion further south reached new heights of comfort and even ostentation. 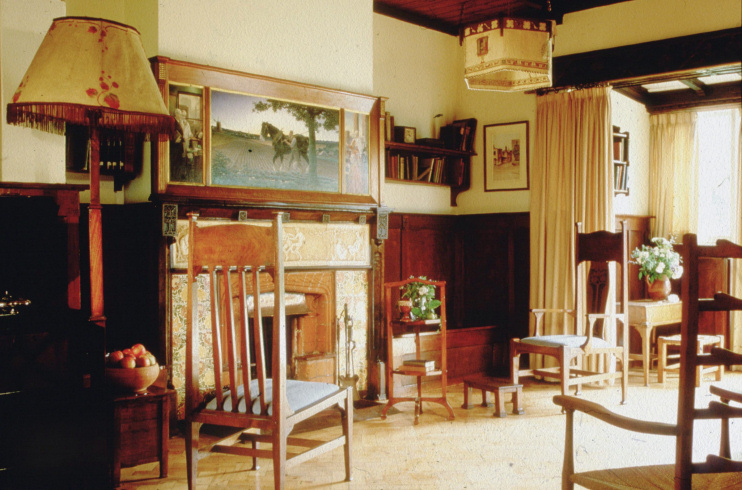 Little Holland House stands at 40 Beeches Avenue (located in the centre of the map below, but not labelled until you zoom closer). This was the self-built home of artist and craftsman Frank Dickinson, who died in 1961. His design for the grade II* listed Arts and Crafts interior was inspired by the ideals of William Morris and John Ruskin. The sitting room is shown in the photo above (image repro­duced by kind permis­sion of the London Borough of Sutton).

Little Holland House now belongs to Sutton council and is open to the public on the first Sunday of each month. Admission is free. Guided tours are also arranged, usually on a Thursday or Friday afternoon in mid-month.

* The picture of Carshalton Beeches at the top of this article is adapted from an original photograph, copyright Peter Trimming, at Geograph Britain and Ireland, made available under the Attribution-ShareAlike 2.0 Generic Licence. Any subsequent reuse of that image is freely permitted under the terms of that licence.