Situated four miles west of Croydon, Sutton has been a busy town since the Victorian era – and its centre is presently undergoing another phase of rapid redevelopment 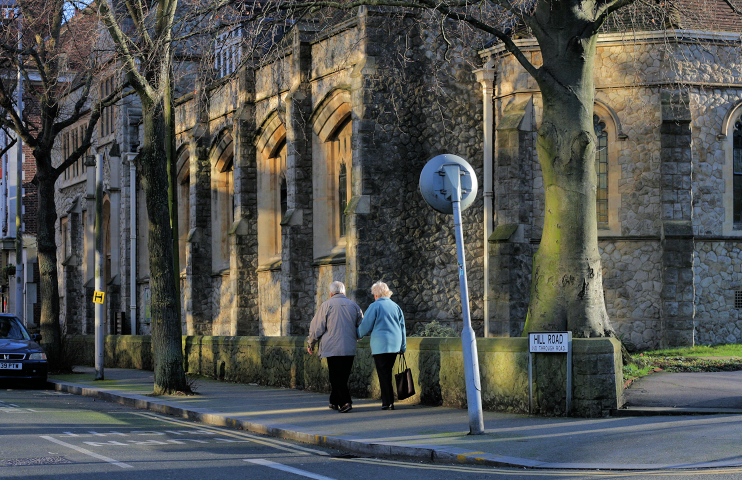 Domesday Book provided the first reliable mention of the estate, as Sudtone. The name meant ‘south farmstead’ and may have referred to its position in relation to either Morden or Mitcham.

Little is known of Sutton’s form or character in the Middle Ages. It might not even have existed as a focused settle­ment until much later. By the mid-18th century the village consisted of a loose ribbon of houses along the High Street.

At the first census, in 1801, Sutton had fewer inhab­i­tants than Cheam or Wallington, and far fewer than Carshalton, but an increase in coaching traffic on the Brighton road and the subse­quent arrival of the railway in 1847 prompted a phase of rapid growth.

The medieval parish church of St Nicholas was demol­ished and replaced by the present church in 1864. Soon after this, more railway connec­tions were added and lord of the manor Thomas Alcock developed a pres­ti­gious estate that formed the new parish of Benhilton, and endowed All Saints’ church.

Alcock also laid out the streets of Newtown, east of the High Street, but left it to an assort­ment of builders to put up cramped terraced housing here for the working classes. Shops and several pubs lined Lind Road, but few of the original prop­er­ties have survived. 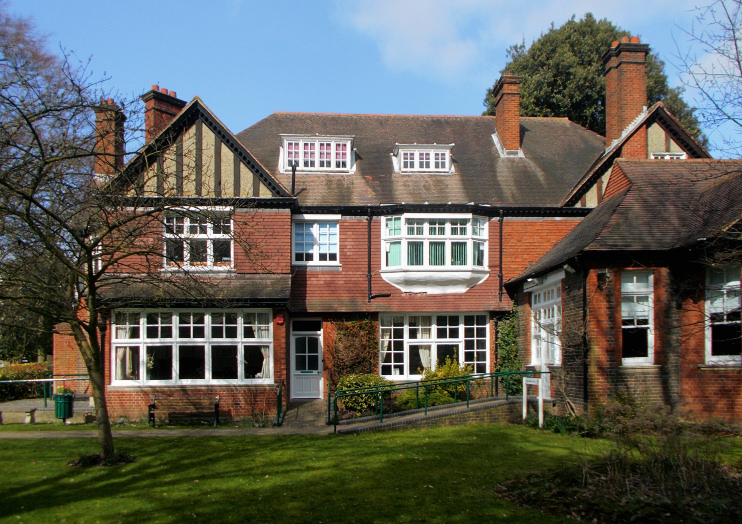 By 1881 Sutton had grown larger than its three rivals combined. Some very grand homes were built in south Sutton towards the end of the century but these too have mostly been replaced by flats or smaller houses. One stately (though not beautiful) survivor on Worcester Road, Russet­tings, has been preserved as the borough’s register office – and is shown in the photo­graph above.

The town continued to expand, espe­cially after trams came from Croydon in 1906, but having already grown so much it lacked the space for the kind of Edwardian or interwar devel­op­ment that trans­formed its neigh­bours. Visible in the photo at the top of the page, Trinity church was built by the Methodists in 1907 (though it looks almost medieval †).

In 1914 the council created Manor Park from the grounds of three large houses, none of which had ever been a manor house, though one had been named Manor Park House.

The West Sutton and Sutton Common local­i­ties filled with compact housing in the 1930s, following the construc­tion of the Sutton bypass and the railway loop line to Wimbledon. In 1934 another archi­tec­turally impres­sive church opened on Cheam Road, providing a new home for Sutton Baptists.

After the Second World War, and espe­cially in the 1960s, much of the old town centre was rede­vel­oped with shops and offices, although not on the scale witnessed in Croydon. Initia­tives in the fourth quarter of the 20th century included the pedes­tri­an­i­sa­tion of the High Street and the opening of the multi-use civic centre, the Secombe Theatre (since closed) and the Times Square and St Nicholas shopping centres.

Away from the town centre, devel­opers frequently sought planning permis­sion to demolish sizeable older prop­er­ties and replace them with small apartment blocks. More recently, some underused office blocks have been replaced by, or converted to, flats.

Major mixed-use devel­op­ments have affected both ends of the High Street lately (notably at the Old Gasworks site), and Sutton council proposes further radical changes in the years to come. The draft master­plan for Sutton 2031 foresees the town centre becoming “a desti­na­tion of choice because of its distinc­tive offer that makes it stand out from its competi­tors … known for the human scale of its high quality High Street; for its strong local heritage that will have been enhanced and cele­brated; for the range of small inde­pen­dent retailers; and the vibrant and bustling range of cultural activity and enter­tain­ment for people of all gener­a­tions supported by a diverse and rich dining offer.”

Aspects of this scenario sound over-opti­mistic but Hidden London never­the­less applauds the council for at least having a vision – and aiming high.

Two-thirds of Sutton’s residents are of white British origin and a clear majority are cate­gorised within the ABC1 social groups – over­whelm­ingly so in the Sutton South and Sutton West wards.

The raconteur and pioneer of open effeminacy Quentin Crisp was born in Sutton in 1908. His life was portrayed by John Hurt in The Naked Civil Servant, filmed for television in 1975.

* The picture of Russettings on this page is adapted from an original photograph, copyright Tony Monblat, at Flickr, made available under the Attribution 2.0 generic licence. Any subsequent reuse of any of this image is hereby freely permitted under the terms of that licence.
† Trinity church’s tower, with its crown and lantern spire, resembles that of St Nicholas Cathedral, Newcastle, which is medieval.