London’s premier address for private doctors, Harley Street runs northwards from Cavendish Square to Regent’s Park along what was once the valley of the Tyburn river 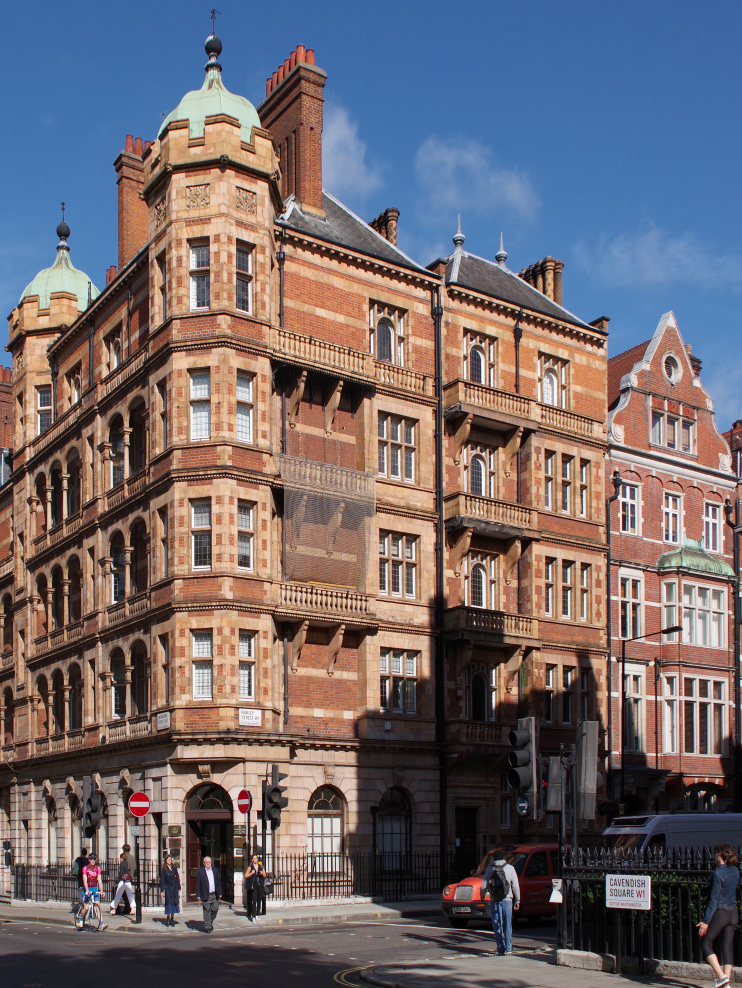 From around 1719 Edward Harley, later second Earl of Oxford, began to develop the Cavendish family estate, but Harley Street itself was not completed until 1770. Its archi­tec­ture was widely scorned for its dullness but the sumptuous interiors, some by the Adam brothers, attracted the upper echelons of society, including Lady Nelson, JMW Turner and William Gladstone.

The Duke of Wellington (as he later became) rented a home in Harley Street for his wife and children while he was away on his military campaigns. Foreign ambas­sadors chose the street for its quietness and the quality of its homes, and families from the country rented here during the London season.

Around the mid-19th century Cavendish Square became a pres­ti­gious location for physi­cians’ consulting rooms and doctors began to colonise the southern end of Harley Street in order to be near the square. Florence Nightin­gale moved to Harley Street in 1853 to become super­in­ten­dent of a gentlewomen’s nursing home.

It was not until later in the 19th century that Harley Street acquired a cachet of its own, whereupon spacious rooms were subdi­vided into consulting suites and large brass plaques were mounted on front doors, because profes­sional restric­tions prevented other forms of adver­tising. By the 1920s the street had almost completely filled up with doctors and Brunswick Place was renamed Upper Harley Street to provide addi­tional capacity.

Harley Street lost some of its practices after the creation of the National Health Service, but it remains synony­mous with expensive consul­tancy, including newer forms of treatment such as cosmetic surgery.

In Elizabeth Gaskell’s North and South, heroine Margaret Hale lives in ‘comfort and luxury’ with her cousin Edith Shaw at 96 Harley Street, while Charles Dickens made the street home to the obscenely wealthy Mr Merdle in Little Dorrit. Both novels were published in the 1850s.

* The picture of the corner of Wigmore Street and Harley Street at the top of this page is cropped from an original photograph, copyright Matt Buck at Flickr, made available under the Attribution-ShareAlike 2.0 Generic Licence. Any subsequent reuse is freely permitted under the terms of that licence.