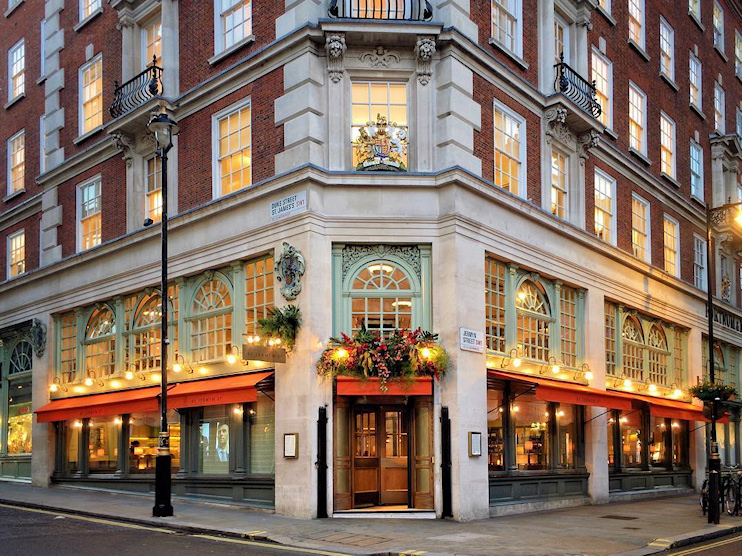 Orig­i­nally, this was to have been the north part of a ‘little town’ planned around St James’s Square by Henry Jermyn, Earl of St Albans, who leased the land from the Crown in the 1660s.

Sir Isaac Newton lived here from 1697 until 1709, when he left for Chelsea. Newton stayed first at number 88, which was built soon after 1675 on land leased from the earl, and still survives. In 1700 he moved next door to number 87, which is no longer standing.

William Blake was baptised at Wren’s church of St James, which is located on the corner of Church Place and was once the most fash­ion­able church in London. The poet Thomas Gray and the author Sir Walter Scott both lodged in the street.

Rosa Lewis ran the Cavendish Hotel in the early years of the 20th century, where she was famed for her cooking and her open-minded hospi­tality. Known as the Duchess of Jermyn Street, she is credited with the quotation, “It doesn’t matter what you do in the bedroom as long as you don’t do it in the street and frighten the horses.” The 1970s TV series The Duchess of Duke Street was loosely based on the story of Rosa Lewis.

Voted ‘fringe theatre of the year’ in 2012, the Jermyn Street Theatre was formerly the staff changing rooms above what is now the Getti restau­rant. The theatre opened in 1994 and specialises in new writing and unknown or forgotten classics.

Thomas Wall, purveyor of the sausages that (along with ice cream) bear his and his father’s (identical) name, was born in Jermyn Street in 1846.

* The picture of 45 Jermyn Street at the top of this page is resized from an original photograph, copyright Jackie L Chan, at Flickr, made available under the Attribution 2.0 Generic Licence. Any subsequent reuse is freely permitted under the terms of that licence.