A fashionable district for nearly half a millennium, Chelsea lies on the north bank of the Thames between Pimlico and Fulham 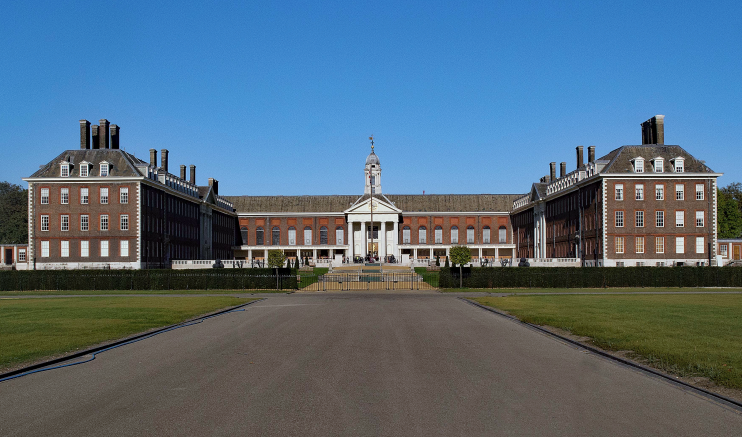 Spec­u­la­tion on the origin of Chelsea’s name has settled on something between a chalk wharf and a gravel bank.

This was farmland from the time of Domesday Book until the early 1520s, when Sir Thomas More built Beaufort House. Henry VIII developed a liking for Chelsea during his visits to More (whom he later had executed), and bought a manor house here, but found it too small and built a new one in what is now Cheyne Walk. This started a trend, and a succes­sion of grand retreats appeared over the following 200 years, with a supporting village of working people growing up on the river bank. The separate hamlet of Little Chelsea sprouted in an area of heathland and nurseries closer to Fulham.

Several eminent literary and scien­tific figures lived in Chelsea in the 17th century, but their fine houses have all disap­peared. Perhaps the greatest was Shaftes­bury House, which stood from 1635 to 1856, spending its latter years as the parish workhouse.

In 1682 Charles II founded the Royal Hospital, which was completed by Christo­pher Wren in 1690 and shown in the photo­graph above.* This was, and remains, a home for old or disabled soldiers, who became known as Chelsea pensioners.

King’s Road orig­i­nated as a private highway from London to Hampton Court, created by Charles II. In 1693 the Crown made a down payment on the construc­tion of an inter­secting proces­sional route that would connect the Royal Hospital with Kens­ington Palace, but only a short section south of King’s Road was completed, which survives as Royal Avenue.

Ranelagh Gardens, now part of the hospital’s grounds, were orig­i­nally the estate of Richard Jones, first Earl of Ranelagh, and were laid out as pleasure gardens after his death. Unlike many such places of amusement, the gardens managed to keep out hoi polloi and remained a play­ground of the rich and titled until the Napoleonic Wars. They are now the setting for the immensely popular Chelsea flower show, held every May. A little further west is the Chelsea Physic Garden, one of the world’s oldest botanical and medicinal gardens, founded in 1673 by the Worshipful Society of Apothe­caries of London.

During the 18th century Chelsea’s proximity to West­min­ster was the downfall of its palaces and gardens. Lodges and town­houses replaced them and the modern street plan was laid out. King’s Road opened formally to the public in 1830, by which time houses and inns were scattered along most of its length. One of the oldest buildings was the World’s End tavern, which gave its name to the neigh­bouring locality, to which Chelsea’s poorer inhab­i­tants retreated when the rest of the district became unaf­ford­able to them. World’s End was the subject of slum clearance and municipal building of flats in the mid-20th century.

Mary Quant opened King’s Road’s first boutique in 1955 and by the mid-1960s the street had become a fashion centre that was rivalled only by Carnaby Street. Gandalf’s Garden and the Chelsea Drug Store were among the many hang-outs for hippies and curious onlookers. Punk clothing appeared at World’s End in the early 1970s, a few years before its musical accom­pa­ni­ment. King’s Road has become more straight­for­wardly commer­cial and less cutting-edge since those times, but remains immensely popular, as much for its bars and restau­rants as its fashion retailers and galleries. The vicinity of the Duke of York’s Head­quar­ters was rede­vel­oped with shops, cafés and an open paved area in 2003. The Saatchi Gallery moved into the head­quar­ters building itself in 2008.

Chelsea’s contributions to a variety of crafts are reflected in some of the names it has spawned. Chelsea buns and Chelsea porcelain were popular in the 18th century. In the 1960s, ankle-length, elastic-sided footwear sold in the King’s Road acquired the name Chelsea boots. More recently sports utility vehicles have been called ‘Chelsea tractors’.

Chelsea has been particularly popular with artistic and literary characters, and famous residents have included the writers Charles Kingsley, Oscar Wilde and Bram Stoker, the composer and actor Noel Coward and the artist David Hockney.