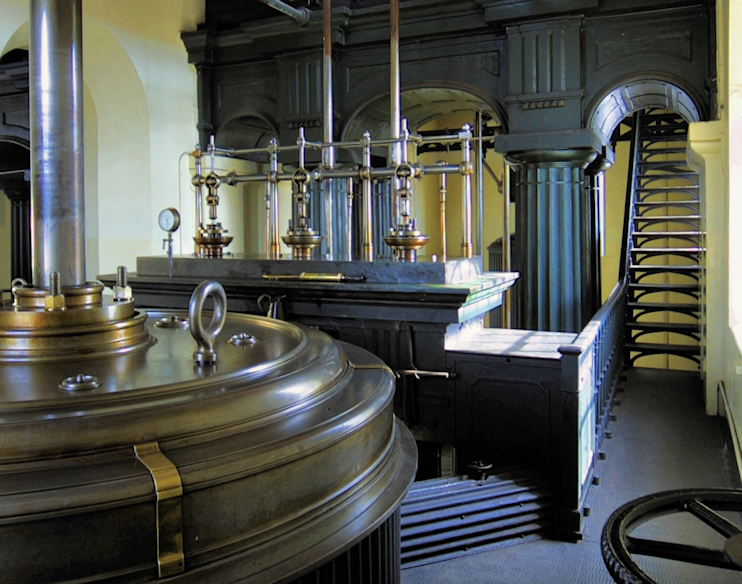 Until 1759 a horse-ferry carried traffic across the river near here, owned for the last century of its existence by the Tunstall family, who also had a Brentford limekiln business. The entre­pre­neurial Robert Tunstall commis­sioned the building of a wooden toll-bridge, which lasted 30 years before his son, also Robert, replaced it with a stone structure.

The present bridge was designed by John Wolfe-Barry and opened in 1903 by Edward VII, in whose honour it was named, although its users continued to call it Kew Bridge. The construc­tion of the bridge, in concrete and granite, was a joint project by the county councils of Surrey and Middlesex. 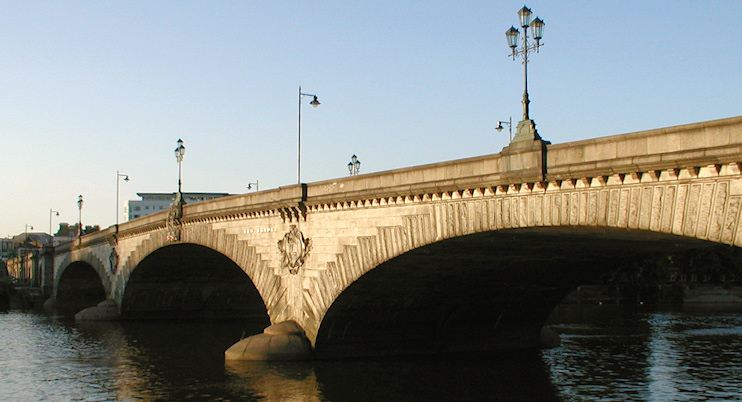 Kew Bridge station, on the Hounslow loop line, opened in 1850. In 1869 the London and South Western Railway Company built Kew Railway Bridge at Strand on the Green to provide a shorter route for their line to Richmond.

From 1924 to 1956 the Q Theatre stood opposite Kew Bridge station, staging plays that often went on to become West End hits. Vivien Leigh, Joan Collins, Sean Connery and Dirk Bogarde were among the actors who performed here early in their careers. The theatre’s former site is now occupied by the block of flats called Rivers House.

A gem among London’s lesser-known collec­tions, the London Museum of Water and Steam is housed in a former water pumping station on Green Dragon Lane. The museum has a narrow-gauge steam railway, an exhi­bi­tion on the story of London’s water supply and the world’s best collec­tion of steam pumping engines, including the Grand Junction 90 inch engine, the top of which is shown in the photo­graph above.

A short distance to the west, the Musical Museum has an unri­valled collec­tion of self-playing musical instru­ments – from tiny clockwork music boxes to a ‘Mighty Wurlitzer’. There’s also a tea room with a view of the Thames and a concert hall that hosts dances and showings of classic films. 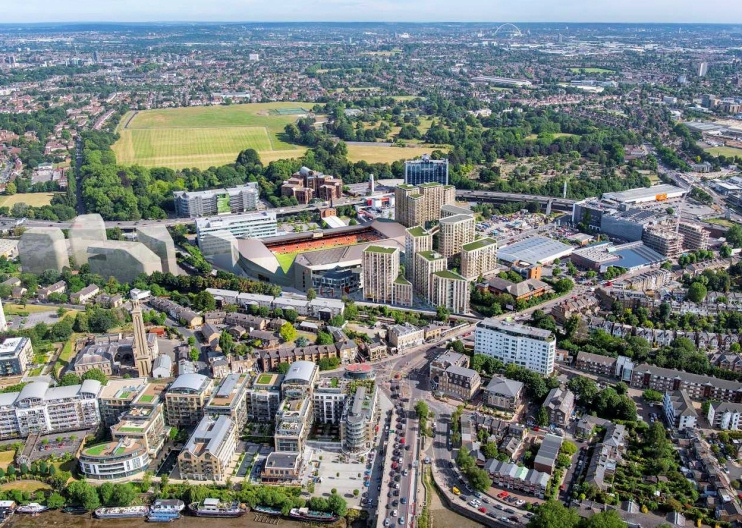 A twelve-acre indus­trial and commer­cial site off Lionel Road South, north-west of Kew Bridge station, is being trans­formed into a major resi­den­tial devel­op­ment with nearly a thousand homes, accom­pa­nied by the Brentford community stadium, which became the home of Brentford football club in September 2020.