A street, locality and entrance to Kensington Gardens located halfway along Bayswater Road 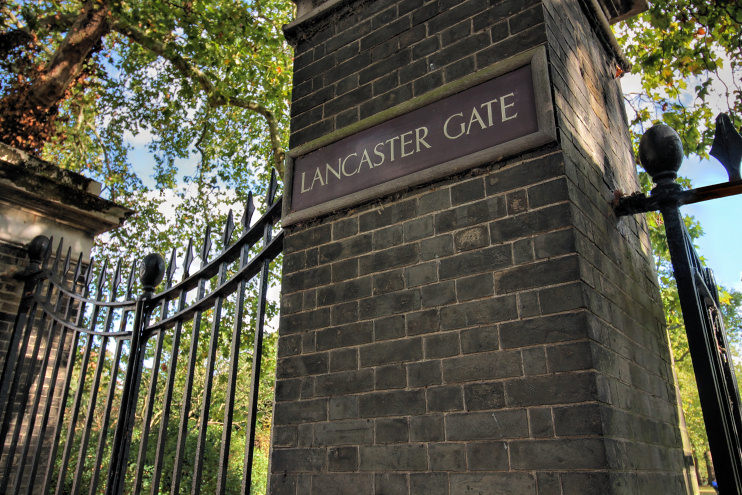 The entrance to Kens­ington Gardens, which gave the locality and station their names, is so called in honour of Queen Victoria, in her guise as the Duke of Lancaster (as the monarch is styled, regard­less of gender). Lancaster Gate station is actually sited opposite Marl­bor­ough Gate, just to the east.

In its heyday, Lancaster Gate’s Christ Church was nicknamed ‘the thousand pound church’ because of the large sums collected from the wealthy Bayswater congre­ga­tion every Sunday. Dry rot led to the demo­li­tion of the body of the church in 1978 and the spire now finds itself attached to an eccle­si­as­tical-looking block of flats.

Among the locality’s many pres­ti­gious addresses, the grandest is probably the Lancasters, which stretches the length of the block between Leinster Terrace and Lancaster Gate. Orig­i­nally a terrace of 15 six-storey town­houses, completed in the 1860s, it was divided into flats in the 1920s and then converted into a hotel in 1970. After the run-down hotel closed in 2006 the entire structure was demol­ished except for the French-Renais­sance-style façade, part of which is shown in the photo­graph below, behind which 77 ‘super-prime’ homes were built. 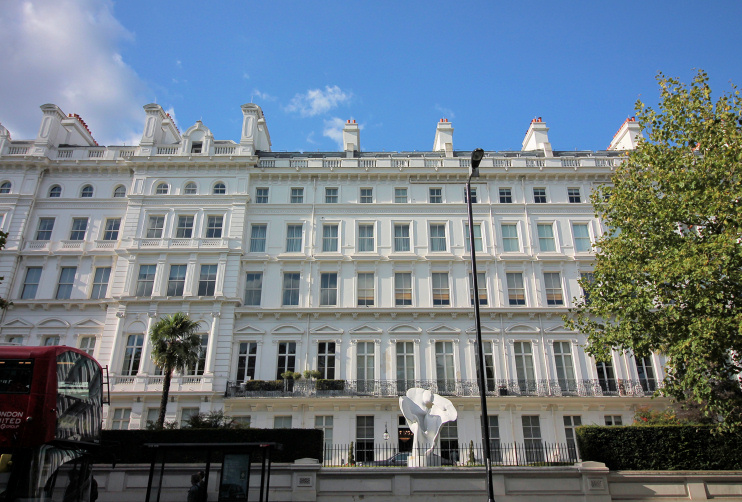 For over seventy years Lancaster Gate was the home of the Football Asso­ci­a­tion, the governing body of English football. The FA relocated to Soho Square in 2000, selling its old building to property devel­opers for £7¼ million, and moved again in 2009, to Wembley Stadium.

Lancaster Gate is a densely populated ward, with 85 persons per acre at the 2011 census. The ward has a high propor­tion of young, well-educated, single residents living alone in privately rented accom­mo­da­tion. There are very few families with children or house­holds with more than one pensioner.

Lytton Strachey, the eminent biographer, spent 25 years at 69 Lancaster Gate. JM Barrie lived around the corner at 100 Bayswater Road, among several other addresses in the vicinity of Kensington Gardens.