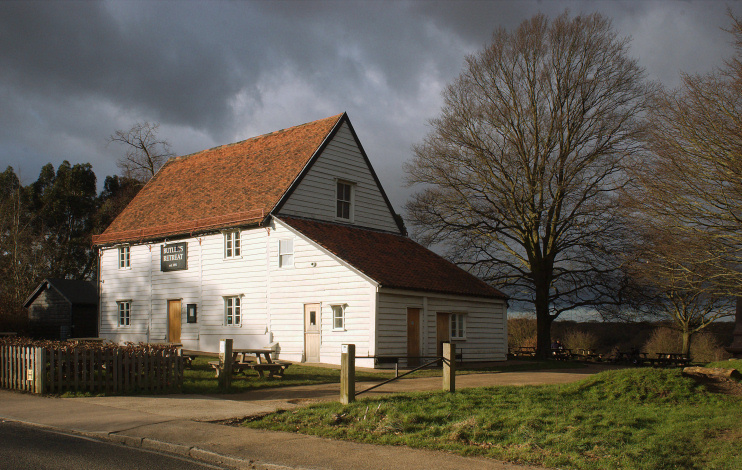 Chingford station is here, incon­ve­niently located for most of the district, but ideal for access to Epping Forest, although the closest part of the forest has more open space (and golf course) than woodland.

The Great Eastern Railway’s branch line orig­i­nally termi­nated nearer Chingford Green and its construc­tion was beset by financial diffi­cul­ties and wrangling between inter­ested parties. It initially failed to bring signif­i­cant suburban devel­op­ment but the railway company became convinced of its potential and extended the tracks 500 yards north­wards, replacing the original station with the larger building that survives today.

In the same year as the new station opened, the Epping Forest Act of 1878 put paid to the company’s hopes of extending the line further and prevented extensive devel­op­ment to the north and east.

However, the trains instead became popular with day-trippers, who thronged to visit the forest at weekends and espe­cially on public holidays.

Various amenities were provided for the visitors, of which the most impres­sive was the Royal Forest Hotel on Rangers Road. Opened in 1890, it was rebuilt in truncated form after a fire in 1912. The hotel is said to be haunted by a victim of the fire.

Queen Eliz­a­beth’s Hunting Lodge stands to the east of the hotel. See the page on Chingford for more on this. Beyond that is the Butler’s Retreat, which is now a Larder venue, shown in the photo at the top.

* The superb picture of Butler’s Retreat at the top of this page is cropped and slightly modified from an original photograph, copyright Julian Osley, at Geograph Britain and Ireland, made available under the Attribution-ShareAlike 2.0 Generic Licence. Any subsequent reuse is freely permitted under the terms of that licence.