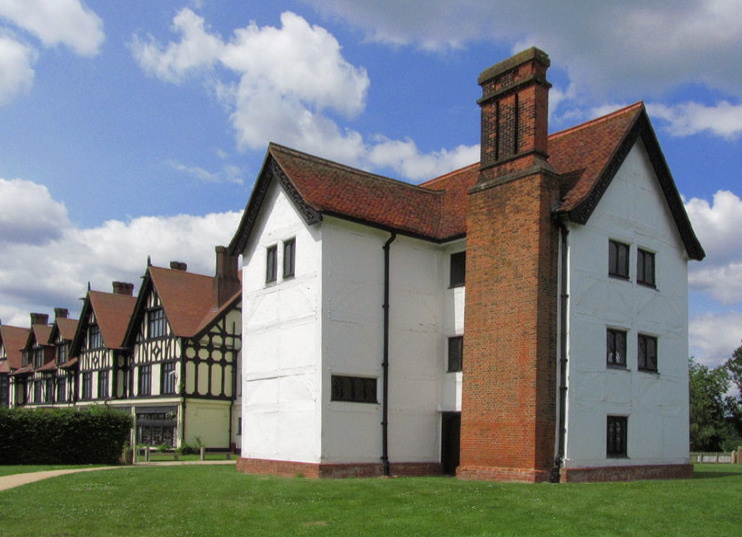 Chingford’s name may be derived from words meaning ‘ford of the stump-dwellers’, a reference to houses built on poles to keep them clear of the marshy ground, but others have suggested that ‘ching’ is a corrup­tion of ‘shingle’. Either way, the early riverside settle­ment was probably located in modern South Chingford.

The first church was erected on Chingford Mount in the twelfth century, when patches of Epping Forest were beginning to be cleared, after­wards becoming the sites of Chingford’s discon­nected hamlets. Three hundred years later Henry VIII commis­sioned the building of a lodge in Fairmead Park, two miles to the north-east of the Mount, to provide a grand­stand view of the hunt in Epping Forest. Shown in the photo above, this is now a museum of the forest’s history and is known as Queen Elizabeth’s Hunting Lodge.

Chingford remained a quiet parish, isolated by the River Lea and the forest and lacking public transport until the railway was extended here from Waltham­stow in 1873. Even then, expansion advanced at a snail’s pace. 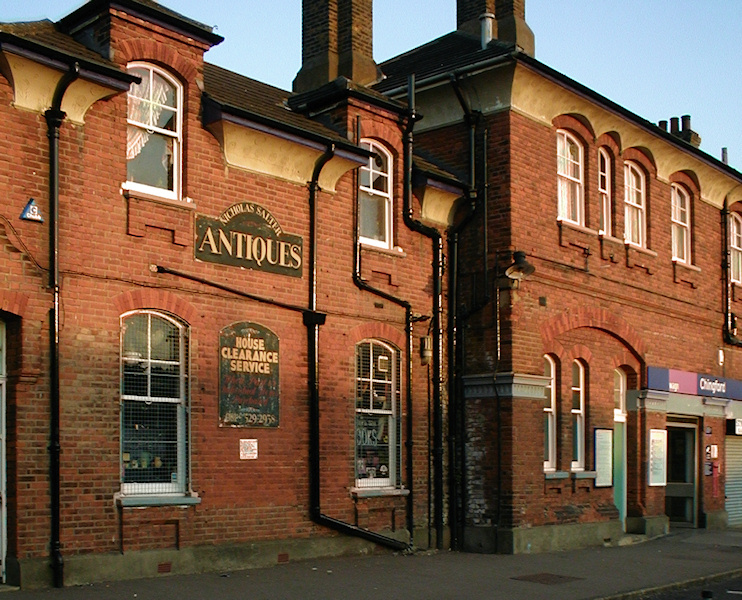 The Chingford Rise estate was the first to be laid out, in the mid-1880s, but the project was unsuc­cessful and the land went back on the market in 1897.

In the early 20th century building proceeded slowly at a handful of locations until after the First World War, when two decades of rapid growth saw most of the district covered by suburban housing, along with some industry in the south-west. During this period, the railway was also hugely popular with day-trippers to Epping Forest, who arrived in their tens of thousands on public holidays.

Because suburban devel­op­ment came rela­tively late, Chingford was not built up with the same dense layout that char­ac­terised many late Victorian street plans, like that of Waltham­stow. The builders never­the­less exploited their sites aggres­sively, demol­ishing the few older houses that the district possessed at that time.

The arrival of the North Circular Road in 1928 boosted Chingford’s appeal to the newly car-owning middle classes. After the Second World War the London County Council acquired the Friday Hill estate for municipal housing, and private builders filled the few remaining gaps elsewhere.

Today the only unde­vel­oped areas are Chingford Plain, which has a public golf course, and Pole Hill, once owned by Lawrence of Arabia.

To the west lie the King George’s and William Girling reser­voirs. The former was opened in 1913 by George V and the latter in 1951, also by its namesake, who was chairman of the Metro­pol­itan Water Board.

* The picture of Queen Elizabeth’s hunting lodge on this page is adapted from an original photograph, copyright Colin Park, at Geograph Britain and Ireland, made available under the Attribution-ShareAlike 2.0 Generic Licence. Any subsequent reuse is freely permitted under the terms of that licence.