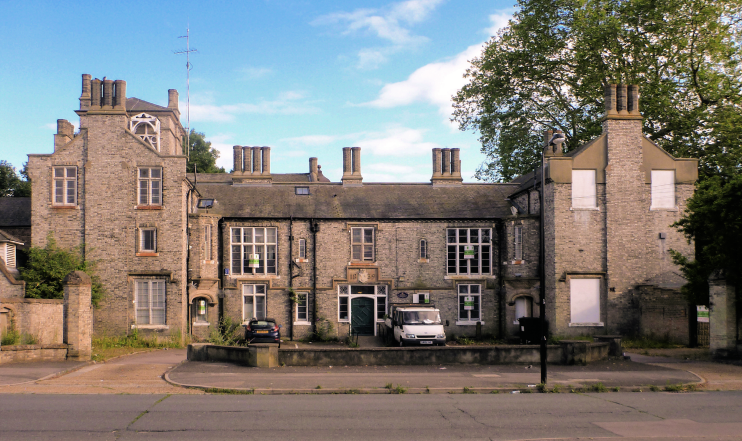 This was previ­ously Jackatt Hill and its present name probably derives from John Friday, who was living here in 1467, or from his successor Thomas Friday, who remained in the locality until 1483.

In 1608 City merchant Thomas Boothby acquired the manor of Chingford Comtis, also known as Chingford Earls, and built a manor house here. The hill was at that time said to be inhabited by snakes and toads that spat fire – a story that was probably put about to keep intruders away from the grounds of the house.

Another tall tale of Friday Hill proposes that Charles II knighted a loin of beef here, thus begetting the ‘sirloin’. However, not only is this an alto­gether apoc­ryphal anecdote but no one (until very recently) ever claimed that the investi­ture took place here – merely that the house once possessed the oak table upon which the legendary loin had been served.

The manor house (shown in the image below) was pulled down in 1838 and replaced by the present Friday Hill House (shown above), which was designed in Tudor style by Lewis Vulliamy for the Reverend Robert Boothby Heathcote. 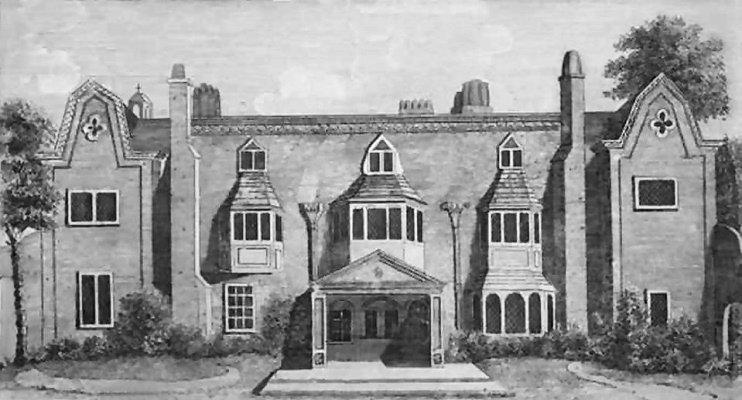 Some of the original panelling, fire­places and other features were reused in the new house, and survive today. Boothby Heathcote also commis­sioned Vulliamy to build the new parish church of St Peter and St Paul at Chingford Green in 1844.

The grounds of Friday Hill House remained the last unde­vel­oped tranche of Chingford until the death of Louisa Heathcote in 1940 at the age of 86. After the Second World War the London County Council acquired the property and laid out a pleasant estate, with the house becoming a community centre. Waltham Forest council now considers the property to be surplus to its needs and has been trying to sell it.

Pimp Hall Park, to the north-west, has nurseries and a 17th-century timber-framed dovecote.

Made up of former members of Blazin’ Squad, the boy band Friday Hill took its name from this place on its formation in 2005.

* The picture of Friday Hill House at the top of this page is adapted from an original photograph by ‘PeterChingfordHistory99’ at Wikimedia Commons, made available under the Creative Commons CC0 1.0 Universal Public Domain Dedication. Any subsequent reuse is freely permitted under the terms of that dedication. The house’s location is marked by a pin on the map above.