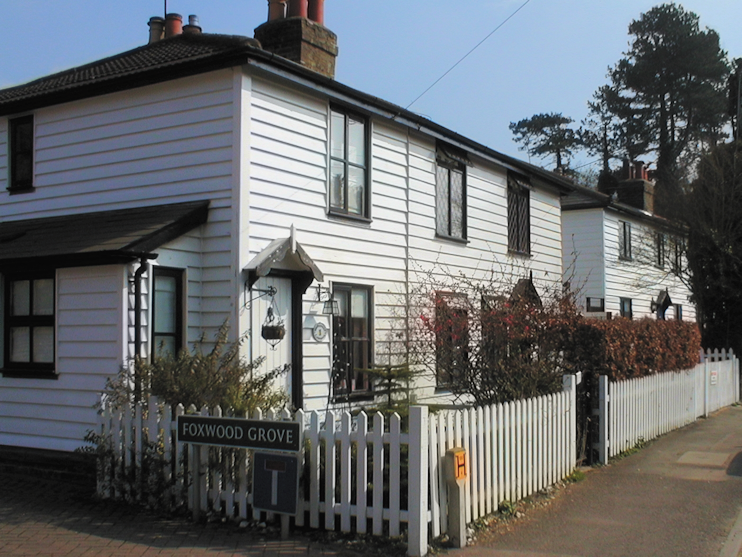 The village’s 14th-century name derives from the family of Stephen Prat and from the low-lying location of the settle­ment, nestling in a valley at the foot of Rushmore Hill.

Chels­field Grange, now known locally as the Grange, may have been built in the late 15th century but has since been remod­elled and enlarged.

Shown in the photo below (taken in March 2019), the Bull’s Head public house was in existence by the early 17th century, when poor­houses for the parish of Chels­field were built on the common land. 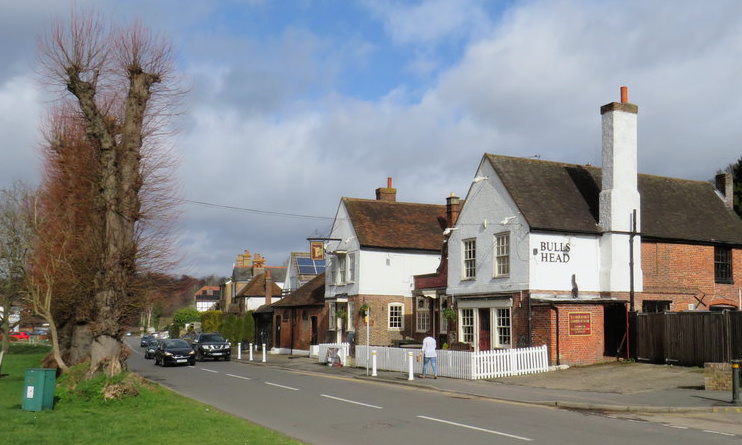 A toll gate was erected on the London to Rye road in 1748. The Porcupine inn stood at the top of Rushmore Hill by 1791, when its sale partic­u­lars referred to the village as ‘Spratts Bottom’.

The armed hold-up of a mail coach at Pratts Bottom in 1798 prompted the offer of a £240 reward but the high­wayman was never caught.

In the early 19th century the village gained a repu­ta­tion as fertile territory for recruit­ment to the Mormon faith as a result of its remote­ness from the parish church at Chels­field. The quaint, simple little All Souls church was built in response to the rapid growth of Pratts Bottom later in the century, when the Grange served as a grammar school.

The turnpike cottages were demol­ished when the road was widened in the late 1920s. Grange Drive and Orchard Road were laid out in the 1930s and 1950s on the former grounds of the Grange.

With its terraces of weath­er­boarded and flint cottages and its ancient inn, Pratts Bottom has been called “almost the archetype of English villages” – but unsym­pa­thetic late-20th-century house­building has under­mined its former charm.

Residents of the Chels­field and Pratts Bottom ward tend to be white, middle-aged, married home­owners with at least one car.

* The picture of the Bull’s Head on this page is cropped from an original photograph, copyright Malc McDonald, at Geograph Britain and Ireland, made available under the Attribution-ShareAlike 2.0 Generic Licence. Any subsequent reuse is freely permitted under the terms of that licence.