A large house and – arguably – the name for its immediate vicinity in the far south-eastern corner of London, one-and-a-half miles south of Cudham 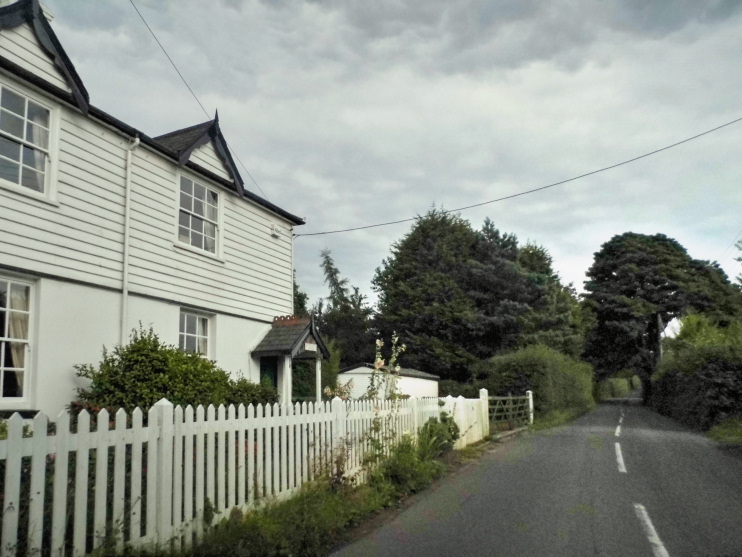 Known only (as a place name) to the cartog­ra­phers at Philip’s, this is appar­ently the identity of a tiny settle­ment strad­dling the Bromley/Sevenoaks (London/Kent) border, perhaps extending as far north-east as the Tally Ho public house.

Like the pub, the house now called Scott’s Lodge lies outside Greater London in the Kentish parish of Knockholt. Orig­i­nally called White Lodge, in reference to its finish, this is an undis­tin­guished double-roofed property, much altered around 1900. An unsub­stan­ti­ated story suggests that it was renamed in honour of a 14th-century prede­cessor on the site, built by Ralph Scot(t). Among the features of the house’s grounds are an outdoor swimming pool, tennis courts, various outbuild­ings and a paddock with mature trees and shrubs. In 2018 the Zoopla website valued Scott’s Lodge at almost £3 million. When this page was last updated (in November 2021) Zoopla’s valuation had risen to £3¾ million.

The more modest – and more aesthet­i­cally pleasing – weath­er­boarded Scott’s Lodge Cottages stand a short distance south of the main house. The cottages are shown on the left in the photo­graph above.

On the London side of the boundary, the closest property to Scott’s Lodge is Rosemary Farm. To its north is Fairmead, a large house with a self-catering cottage in its grounds.

To the south-west there’s a varied cluster of detached resi­dences south of Cudham Frith Farm on Grays Road, graced by one of the Metro­pol­itan Drinking Fountain and Cattle Trough Asso­ci­a­tion’s fine instal­la­tions, opposite the junction with Viewlands Avenue.

Real­is­ti­cally, it’s most likely that Scott’s Lodge has never actually existed as a recog­nised settle­ment but that a cartog­ra­pher’s error resulted in the name of a house being typeset in the style used for local­i­ties. Never­the­less, this page has been created because Hidden London aims ulti­mately to include every Greater London locality shown on any map.

* The picture of Scott’s Lodge Cottages on this page is adjusted from an original photograph, copyright David Howard, at Geograph Britain and Ireland, made available under the Attribution-ShareAlike 2.0 Generic Licence. Any subsequent reuse is hereby freely permitted under the terms of that licence.