The shabby south-eastern corner of the borough, located north of Stamford Hill and Upper Clapton 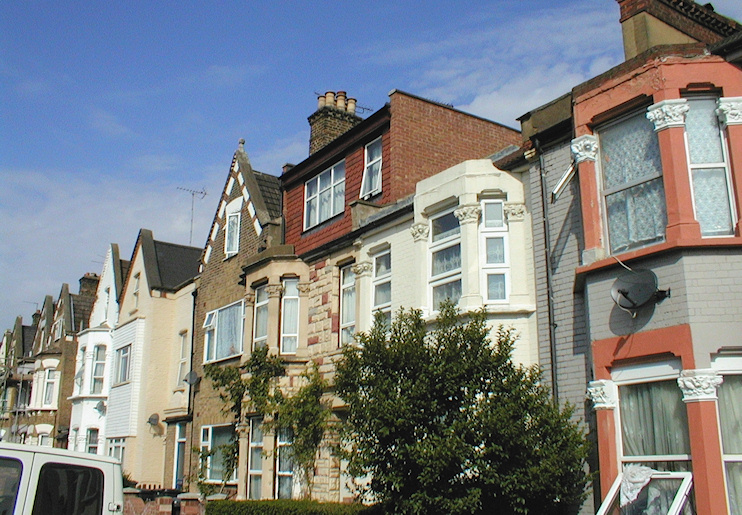 Despite the growth of central Tottenham, most of the land here remained unde­vel­oped in the mid-19th century and the local board of health chose a site on Markfield Road near the River Lea to build its sewage works. A disas­trous decline in the effi­ciency of the works in the 1860s was alleged to have been respon­sible for the deaths of 4,000 people, when untreated sewage was discharged into the Lea. A beam engine was even­tu­ally installed and this operated until the works’ closure, after which it was restored as part of a museum that nowadays opens on alternate Sundays, plus some Mondays in summer.

Further west, devel­opers built some substan­tial villas for the middle classes and St Ann’s Church opened in 1861. However, the character of the district changed rapidly with the provision in the 1870s of improved transport connec­tions, which included South Tottenham and Seven Sisters stations and an omnibus service to the Angel, Islington. New streets of two-storey terraced houses were laid out across the area and occupied by working-class or lower middle-class commuters. The North-Eastern Fever Hospital (now St Ann’s) opened in 1892. A group of German bakers settled in South Tottenham and built a Lutheran church in Antill Road in 1901.

Increasing poverty in the district led to the opening of a soup kitchen on St Ann’s Road before the First World War. In the second half of the 20th century South Tottenham became a prime place of settle­ment for immi­grants from the West Indies, spear­heading the estab­lish­ment of Tottenham’s present sizeable black community.

Many of South Tottenham’s Victorian streets have survived, but some were replaced in the 1970s by a variety of council-built low-rise projects.

At Gladesmore Community School on Crowland Road, two-fifths of pupils are of black Caribbean or black African descent and a tenth are white British. However, these figures do not neces­sarily mirror the local demo­graphics as a large propor­tion of pupils travel long distances to this increas­ingly popular school.