A road junction and its vicinity, separating the eastern edge of Walthamstow from the northern tip of Leytonstone 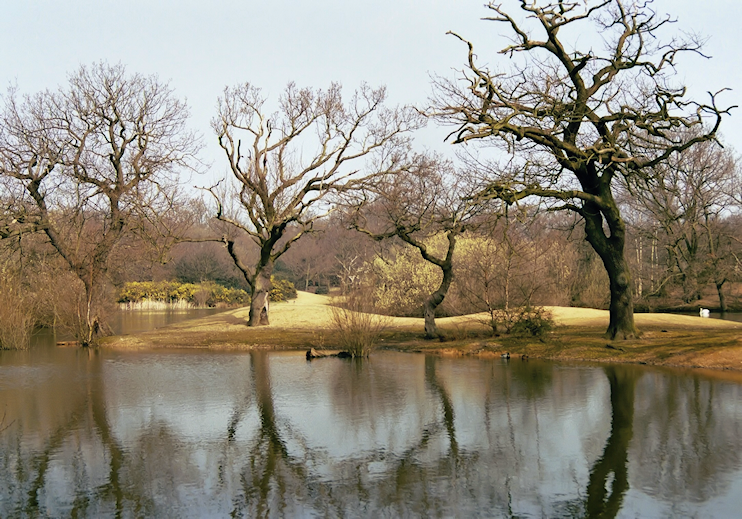 It is said that persons found stealing sheep or deer from adjacent parts of Epping Forest were whipped all the way from here to Waltham­stow, but a more likely expla­na­tion of the name is that it is a corrup­tion of Phippe’s Cross, after late-14th-century resident John Phippe.

Forest House was built in 1683 for a Huguenot banker and stood here for almost three centuries. Several Georgian prop­er­ties, built around 1767, survive along Whipps Cross Road, which is now a conser­va­tion area. Resi­den­tial devel­op­ment began in earnest during the 1850s after the enclosure of common land to the west. A terrace of four large Victorian houses has been converted into the Sir Alfred Hitchcock Hotel.

The stately Whipps Cross Hospital (orig­i­nally the West Ham Union Infirmary) was built in the grounds of Forest House in 1903. Four years later, the Whipps Cross Lido was dug without mechan­ical assis­tance as a winter unem­ploy­ment relief scheme.

In common with neigh­bouring parts of Waltham­stow, Whipps Cross had a film studio in the early 20th century: the Precision Film Company operated here from 1910 to 1915.

Whipps Cross Lido was closed and filled in by the Corpo­ra­tion of London in the early 1980s but a nearby series of water­logged gravel pits survive as the Hollow Ponds – or Hollow Pond, as they all join into one. The pond (shown in the photo above in midwinter) is desig­nated a site of special scien­tific interest and serves as a boating lake in summer.