A Victorian suburb situated between Wanstead and Leyton 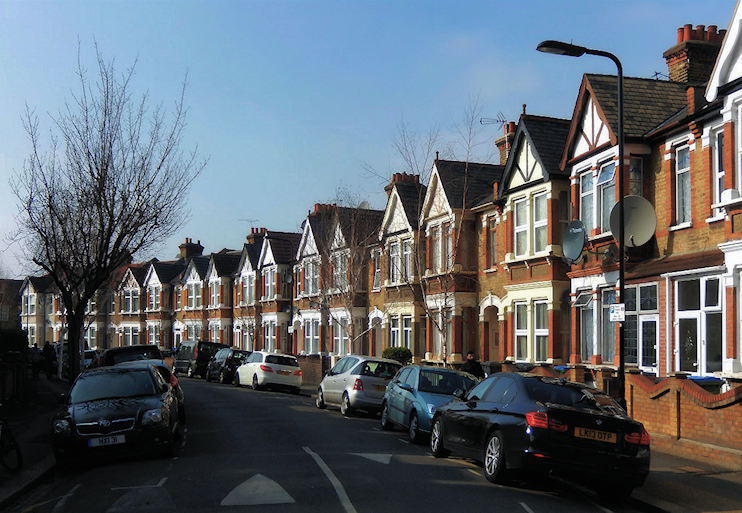 Leyton­stone takes its name from an old milestone that is now topped by a 19th-century Portland stone obelisk known as the ‘high stone’. It stands at the junction of New Wanstead and Hollybush Hill – and finds itself just inside the borough of Redbridge owing to boundary changes.

The village evolved early as a roadside halt. A Rose Inn was in existence in 1585 and Leyton­stone High Road was more important than Leyton’s High Road by the end of the 16th century. A few large houses were built from the late 17th century – including the Pastures, now replaced by a youth centre – but Leyton­stone did not gain as fash­ion­able a repu­ta­tion as its neighbour.

Leyton­stone House, built around 1800, is the oldest surviving mansion. It succes­sively served as a brewer’s residence, a school and a hospital and has now been converted to offices in the grounds of a Tesco super­store. William Cotton of nearby Wallwood House gave money for the building of the church of St John the Baptist in the early 1830s and Leyton­stone became a separate parish in 1845.

This was still primarily a farming village when the first station opened in 1856 and it remained quiet for a further two decades. The Cotton family gave the site for St Andrew’s church when their estate was developed with substan­tial suburban houses from the mid-1870s.

Nearer Stratford, the district was rapidly built up with two-storey yellow-brick terraced houses in the 1880s, providing afford­able accom­mo­da­tion (and season tickets) for city clerks. 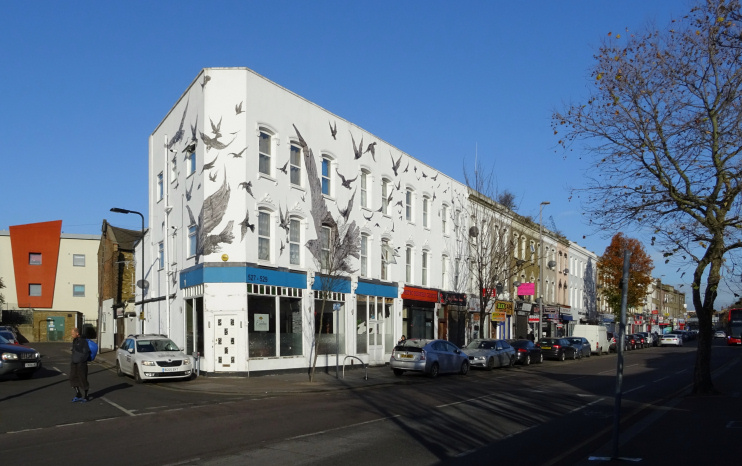 Changes to Leyton­stone’s built envi­ron­ment in modern times have mostly been limited to the replace­ment of groups of Victorian houses with small blocks of flats – plus the construc­tion of the M11 link road (now called the A12) at the end of the 20th century. Anti-road activists estab­lished a protest camp – or ‘autonomous republic’ called Leyton­stonia – in February 1994, centred on a squatted house in Fille­brook Road and on wood-framed shelters set up in a grove of nearby trees. The metro­pol­itan author­i­ties invaded and crushed Leyton­stonia on 13 June 1994.

After the link road had been forced through, the affected surround­ings were ‘re-greened’ and sprinkled with mosaics, sculp­tures and other instal­la­tions, including Lodewyk Pretor’s Time Terminus (1999).

In 2001 a group of artists set up a delightful community cultural venue called the 491 Gallery, which survived until 2013.

Despite the outward simi­lar­i­ties of their conver­gent housing, Leyton­stone and Leyton are demo­graph­i­cally disparate. Leyton­stone has fewer house­holds with children, fewer residents of African, Caribbean or Pakistani descent and a higher propor­tion of owner-occupied properties.

The Leyton­stone Festival has been held every July since 1995 and brings together a series of arts events at several venues.

Alfred Hitchcock was born in Leytonstone in 1899. His parents ran a modest grocery store in the High Road, on a site subsequently occupied by a petrol station. Hitchcock’s films are celebrated in a gallery of mosaics in the pedestrian underpass leading to Leytonstone tube station, and in The Birds mural shown above.*

* The picture of Burghley Road at the top of this page is slightly modified from an original photograph, copyright Stephen McKay, made available under the Attribution-ShareAlike 2.0 Generic Licence. The picture of ‘The Birds’ mural is adapted from an original photograph, copyright ‘Spudgun67’, at Flickr, made available under the Attribution 2.0 Generic licence. Any subsequent reuse is freely permitted under the terms of those licences.