No longer identified on most maps, Woodridings was an early commuter estate situated between the River Pinn and Uxbridge Road in south-west Hatch End 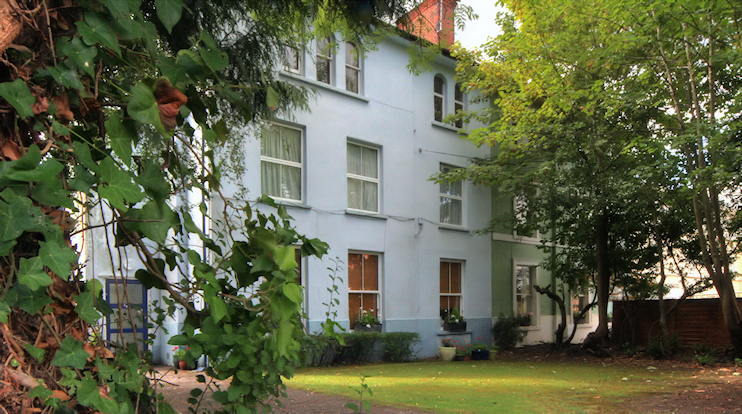 Following the arrival of the railway, the first 50 houses were laid out on former farmland here in 1855. Borrowing an Ital­ianate design lately used in Swiss Cottage and St John’s Wood, the prop­er­ties were intended to attract families who wanted a grand residence but could not afford a more exclusive address.

Large, semi-detached houses with osten­ta­tious façades and gentri­fied names were set well back from the roads. Most homes had two or three servants, often drawn from nearby Pinner.

Samuel Beeton and Isabella Mayson married in July 1856 and the following month moved into a newly-built home on Uxbridge Road – one of a pair of red-brick houses called Chandos Villas. Here in 1859 Isabella began writing the articles that became Beeton’s Book of Household Manage­ment. The Beetons left Woodrid­ings in the autumn of 1861.

Milk was delivered to the Woodrid­ings estate from Woodrid­ings Farm, which occupied the north side of Uxbridge Road until the land was developed in the mid-1920s.

Chandos Villas were destroyed by a direct hit in the Blitz and a shopping parade now stands in their place.

Only one structure survives from the original Woodrid­ings scheme: a pair of three-storey, stuccoed villas at numbers 40 and 42 Wellington Road, shown in the photo­graph at the top. Next door, the front façade of the recently built Haven care home has been pleas­ingly designed to echo the villas’ appearance.

Elsewhere, the locality now consists of a mish-mash of munic­i­pally and privately built prop­er­ties, dating from between the wars to the present century.