A well-endowed amenity zone serving a wide and wealthy catchment area north of St John’s Wood, but with pockets of deprivation in its immediate vicinity 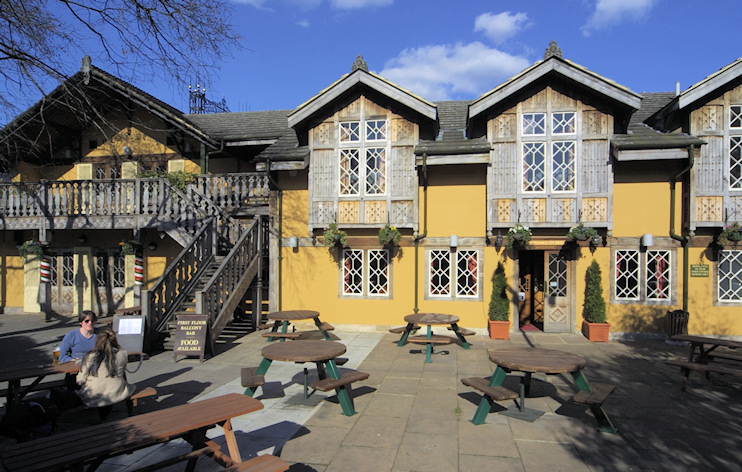 Finchley Road and Avenue Road converged here in the 1820s and Adelaide Road cut across Eton College’s land in 1830.

By 1841 the Swiss Cottage tavern stood on the island formed at the junction of the three roads. It has since been rebuilt and enlarged while retaining its chalet style.

A steady programme of house­building on the Eton estate accel­er­ated after the opening of Swiss Cottage station in 1868. This was the terminus of a line that was intended to be extended later to Hampstead but instead went to Willesden Green in 1879. Shops progressed north­wards along Finchley Road in the 1880s.

In the late 1930s a bulky Odeon cinema and flats of Regency Lodge filled out the tavern’s island site. Perhaps surpris­ingly, neither the pub nor the cinema are listed buildings but Regency Lodge was grade II listed in 2006. Its nine linked blocks of flats and a parade of shops were designed in Moderne style by Robert Atkinson and Alexander Anderson.

Bombs aimed at the railway line did extensive damage during the Second World War and 35 acres of the Eton estate were after­wards rede­vel­oped with high- and low-rise blocks of flats.

A library and swimming pool and a new home for Hampstead Theatre opened in the early 1960s. When some of the local amenities needed 21st-century renewal, Camden council invested in Swiss Cottage on a scale not seen since the days of Victorian municipal largesse. An £85 million project includes a leisure centre, community centre, social and private housing and a park. 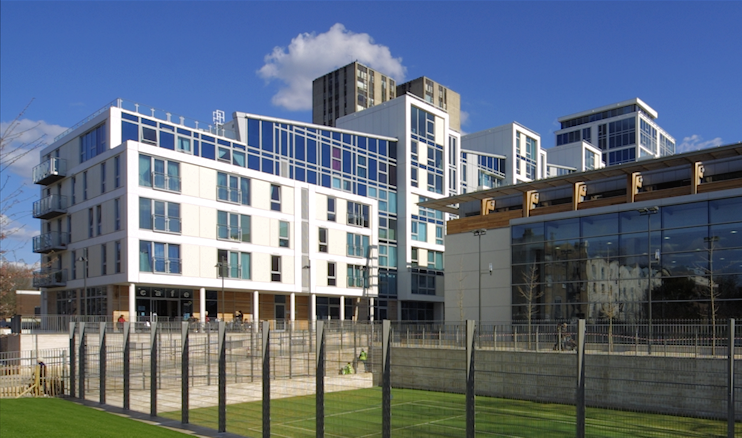 The council also provided new stalls with credit card payment facil­i­ties for Eton Avenue market. There’s a farmers’ market here on Wednes­days and a general market on Fridays and Saturdays.

Swiss Cottage has a diverse ethnic make-up, with no group consti­tuting a majority. Non-British whites make up an unusually high propor­tion of the popu­la­tion, including signif­i­cant numbers from North America, Ireland, Western Europe, Australia, New Zealand and Russia.

Based on a childhood experience, Wilkie Collins made the Swiss Cottage turnpike the setting for a pivotal scene in his 1862 novel The Woman in White.

The ‘Swiss Cottage slickster’ was a greased-back hairstyle that flourished briefly in the early 2000s.