The acutely-angled north-western corner of the Bank of England is known as Tivoli Corner because Sir John Soane took inspi­ra­tion for its appear­ance from the Temple of Vesta at Tivoli in Italy. Soane crowned his little temple with an elaborate attic but Herbert Baker replaced this with a shallow, copper-roofed dome when he recon­fig­ured and enlarged the Bank between the wars – for the most part destructively.

Perched atop the cupola surmounting this dome is a gilded bronze figure called Ariel, after the spirit of the air in The Tempest – though Shakespeare’s Ariel was male and this one is not. The statue is by Charles Wheeler, who produced several works for the rebuilt Bank, of which Ariel is the most highly regarded and gained the Royal British Society of Sculptors’ medal for the best work of the year in 1937.

Herbert Baker appar­ently suggested the idea of Ariel to Charles Wheeler because he saw the Bank’s then governor, Montagu Norman, as a modern Prospero. The flam­boyant Norman controlled the Bank for a remark­able 24 years from 1920.

Never one to miss an oppor­tu­nity for self-congrat­u­la­tion, Baker compared his part­ner­ship with Wheeler to the friend­ship between the Renais­sance architect Filippo Brunelleschi and the sculptor Donatello.

For the staid Bank of England, Ariel repre­sented a radical choice. Financial insti­tu­tions in general have tended to prefer static-looking statuary – connoting rock-solid stability – but Ariel was supposed to symbolise dynamic energy coursing around the globe, later rephrased as “the dynamic spirit of the Bank carrying credit and trust over the world.” However, soon after its instal­la­tion an American visitor is said to have suggested that it might represent “the pound sterling balancing on one foot.” 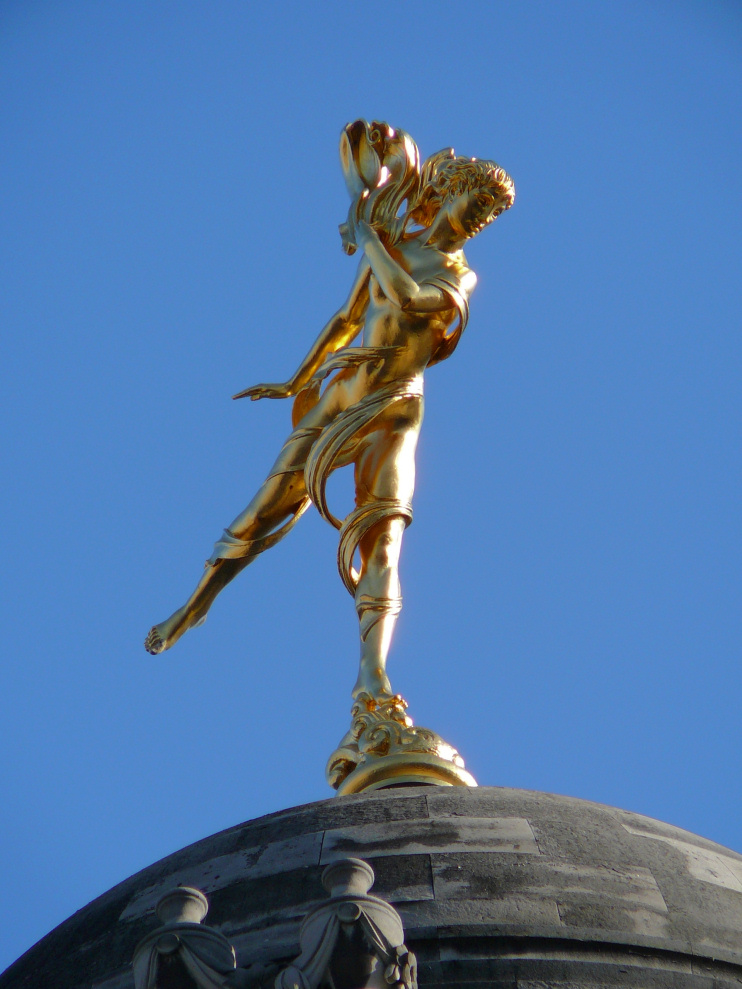