Bevis Marks is a short section of street in the City of London, just south of Hounds­ditch. It was earlier ‘Buries marks’, a lane forming the boundary (mark) of land belonging to the abbey of Bury St Edmunds. The intrusion of the letter ‘v’ seems to have come about as the result of tran­scrip­tion errors in medieval manuscripts.

Bevis Marks Synagogue opened in 1701 to serve the City’s Spanish and Portuguese Jewish community. Its interior is sump­tu­ously orna­mented but the building itself is plain – almost anonymous – which was deemed appro­priate when it was built, as this was not a time when Jews wished to draw attention to them­selves. Bevis Marks is the oldest synagogue in Britain and one of the best-preserved houses of worship of its period still in use. 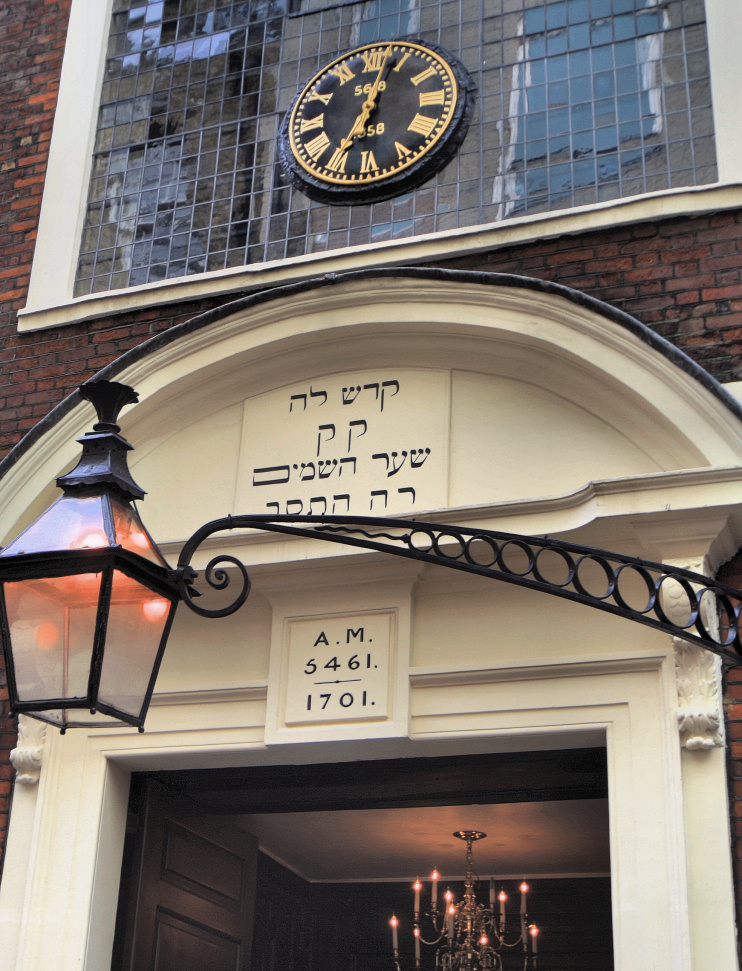