Big Ben is the great bell in the Clock Tower of the Palace of West­min­ster, so called after Sir Benjamin Hall, who was Chief Commis­sioner of Works when it was cast in 1856.

The first casting, weighing more than 15 tons, developed serious cracks when being tested in Palace Yard. It was broken up and taken to Whitechapel bell foundry, where it was recast at a weight of about 13 tons and installed in October 1858. This also developed a crack, because of an oversized hammer and an excess of tin in the alloy, but with adjust­ments it was able to continue in use. There are also four quarter bells whose weight varies between about 4 tons and 1 ton.

The clock and tower as a whole are now generally known as ‘Big Ben’, except to those of a pedantic turn of mind, espe­cially tour guides.

Except for important events, Big Ben’s chimes will not ring out from mid-August 2017 until 2021, to allow essential repair work to take place. The photo below shows the clock tower in October 2019. 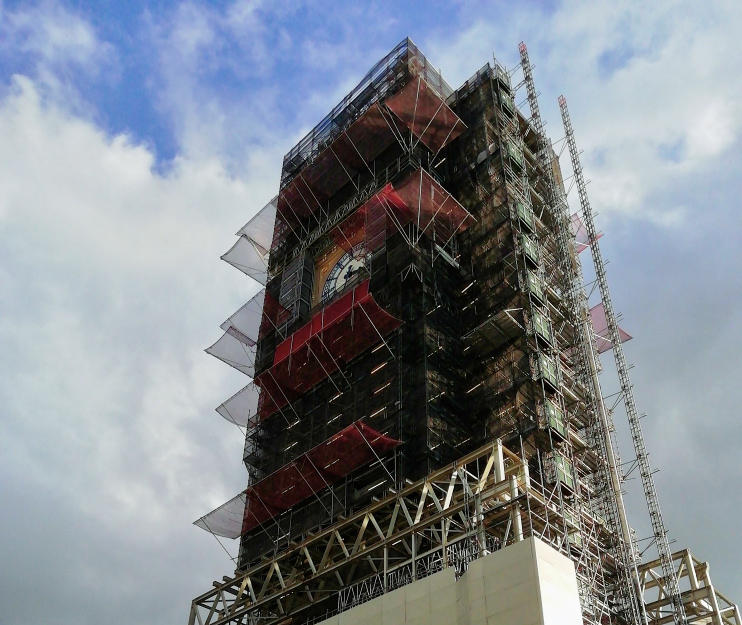