Cabmen’s shelters are green-painted roadside sheds surviving at 13 locations in central London. Sir George Armstrong estab­lished the Cabmen’s Shelter Fund in 1875 to provide Hackney carriage drivers with a refuge where they could get a hot meal and a cup of tea, but strictly no alcohol. Similar facil­i­ties had previ­ously been intro­duced in Edinburgh and Birm­ingham. Sixty-one such struc­tures were erected in the capital, many indi­vid­u­ally endowed by a local phil­an­thropist, who would also benefit from the improved avail­ability of cabs, and more sober drivers.

Depending largely on the area in which they were located, the quality of the estab­lish­ment could range from sordid to almost luxurious. Many of the shelters had nicknames, like the Bell and Horns at Thurloe Place, South Kens­ington; the Nursery End, near Lord’s; and the Junior Turf Club, on Piccadilly. The latter nickname was said to derive from an invading clientele of aris­to­cratic champagne drinkers in the 1920s.

A visitor to the West­bourne Grove shelter in September 1888, calling himself ‘Dr J. Duncan’, was said to have confessed to the Jack the Ripper murders. The explorer Sir Ernest Shack­leton was a regular at the Hyde Park Corner shelter, while the artist John Singer Sargent used the one near the Ritz. In the 1890s bohemian poets like Ernest Dowson treated their local shelters as a second home:

Most shelters nowadays open only from breakfast to lunchtime and enforce a ‘cabbies only’ rule at the tables inside; several also provide a takeaway service from a window. 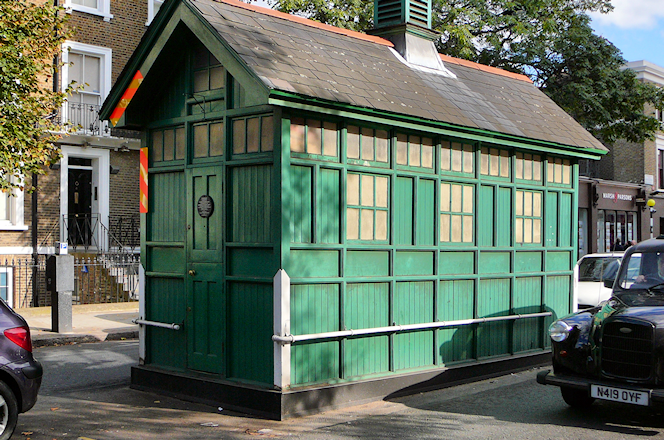