Eros is the popular name for the wingèd archer in the centre of Piccadilly Circus. A memorial to the 7th Earl of Shaft­esbury, it is the work of Sir Alfred Gilbert (1854–1934) and was unveiled in 1893.

According to Wikipedia, “Although the statue is generally known as Eros, it was created as an image of his brother, Anteros.” This is nonsense (and the sole supporting citation is the noto­ri­ously fallible QI Book of General Ignorance). It’s true that Alfred Gilbert himself made this claim at one point, but it was one of various conflicting state­ments that the sculptor made about the inspi­ra­tion for the statue some years after the work had been completed and installed. Gilbert seems to have come up with the Anteros after­thought as one of his many attempts to justify his work in the face of prolonged (at times rabid) criticism from late-Victorian moralists. The same motive applied to Gilbert’s retro­spec­tive sugges­tion that the statue repre­sented ‘the angel of Christian charity’.

At the time the work was installed, no one was in much doubt that the figure was Eros rather than Anteros or any other alter­na­tive character, and the same view is held by the over­whelming majority of knowl­edge­able author­i­ties today. The City of West­min­ster always calls the statue Eros or the Eros monument. 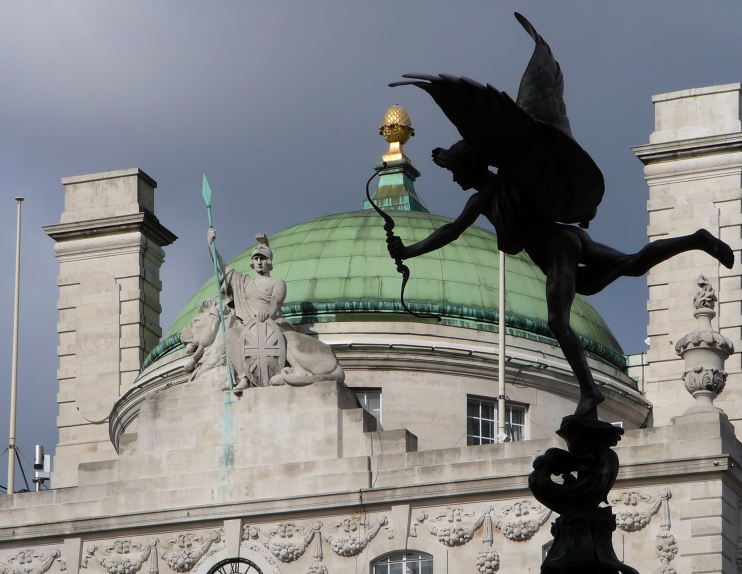