Dr Samuel Johnson was the quin­tes­sen­tial Londoner of the 18th century and he also uttered the most famous verdict on the city: “When a man is tired of London, he is tired of life; for there is in London all that life can afford” (20 September 1777). In 1755 he published his pioneering Dictio­nary of the English Language, the fruit of nine years’ labour, for which he was later awarded a govern­ment pension.

Hodge was his favourite cat, a much-indulged companion in the late 1760s and early 1770s. ‘Hodge’ is an alter­ation of ‘Roger’, and was used as a familiar and conde­scending name for a farm labourer or peasant, a country clown or rustic, in the 16th century.

In the Life of Samuel Johnson (1791), James Boswell records the lexicographer’s insis­tence that Hodge was ‘a very fine cat indeed’, after he had initially appeared to offend the animal by suggesting that he had had other cats he had liked better.

“The general conduct if we trace
Of our artic­u­lating race,
Hodge’s example we shall find
A keen reproof of human kind.”

Percival Stockdale: ‘An Elegy on the Death of Dr Johnson’s Favourite Cat’ (1778) 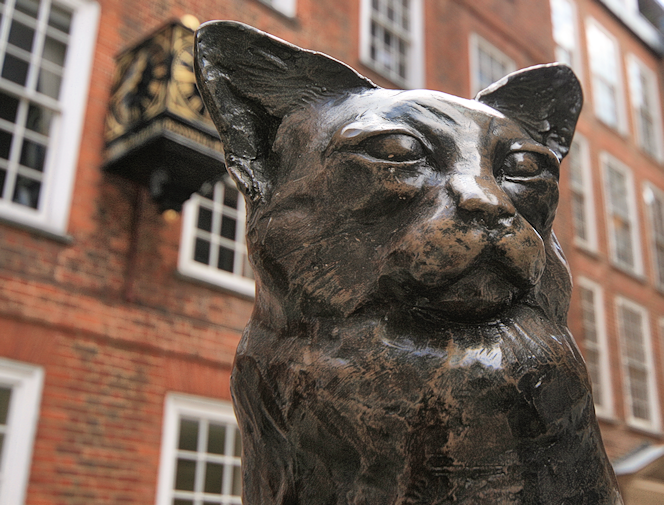