Italian immigrant Gaetano Mansi opened a grocery store in Drummond Street, Euston, in 1928. To avoid wasting over-ripe fruit he began to make sorbets, which soon became his best-selling line, prompting him to open Mansi’s Cafe at the foot of Haver­stock Hill in 1931.

After the Second World War Mansi’s eldest son rebuilt the café in ‘marine’ style, and renamed it accord­ingly. From the mid-1960s the business began supplying its frozen desserts to other London restau­rants, and theatres and hotels.

Marine Ices was run by members of the fourth gener­a­tion of the Mansi family until they sold out in February 2013. The original shop (and restau­rant) closed in September 2014. A new shop is located at 61 Chalk Farm Road.

Given the change in ownership and location – and the fact that the ice cream itself is now made in Suffolk rather than in Chalk Farm – the original Marine Ices insti­tu­tion can be consid­ered to have expired. However, this page will remain on Hidden London as an archive piece. 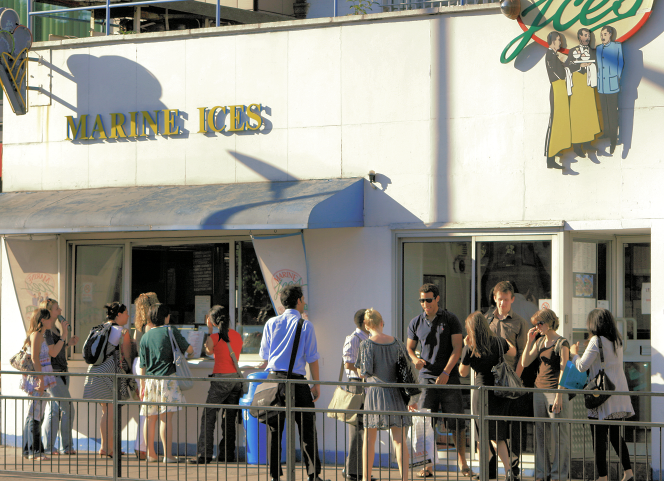 Marine Ices is the title of a 2011 novel by Tony Garnett, in which love conquers all – with the help of ice cream in Chalk Farm.