The National Gallery is a major museum of western European art from the 13th to the 19th centuries, including English portraits and land­scapes, Italian religious and mytho­log­ical scenes and a signif­i­cant collec­tion of Impres­sionist paintings.

In 1824 the govern­ment paid the financier and under­writer John Julius Anger­stein £57,000 for the gallery’s core collec­tion of 38 paintings, which were initially displayed in Angerstein’s house in Pall Mall.

In 1837 the gallery moved to its present home on the site of the King’s Mews (which had been the structure that actually gave rise to the modern meaning of the word ‘mews’), on the north side of Trafalgar Square. It shared the building with the Royal Academy until the latter moved to Burlington House in 1868.

Londoners were not at first impressed by the gallery’s external appear­ance and it was nicknamed the National Cruet-Stand on account of what was perceived as an excess of petty archi­tec­tural detail – and because of the pepperpot-shaped cupolas with which the building is crowned.

The gallery has been enlarged four times, most recently with the opening in 1991 of the Sainsbury Wing, put up after a previous commis­sion was cancelled following criticism by the Prince of Wales, who likened it to “a kind of municipal fire station … a monstrous carbuncle on the face of a much-loved and elegant friend.”

The National Gallery is open daily from 10am to 6pm (Fridays 10am to 9pm) and admission is free. More than four million people visit every year. 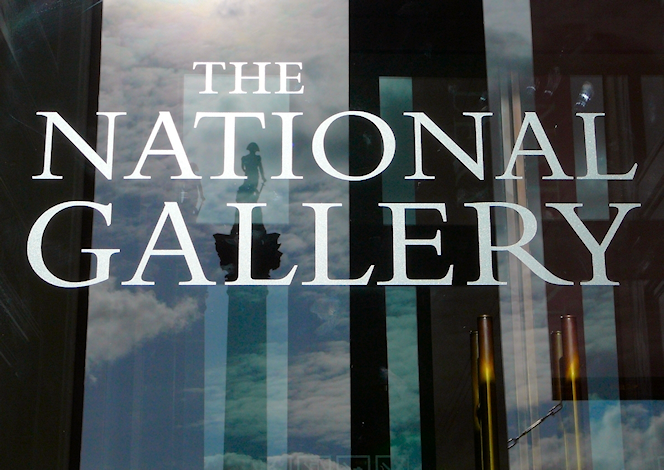