Somerset House is a cultural centre and govern­ment office building situated between the Strand and the Thames, imme­di­ately east of Waterloo Bridge. It occupies the site of the former mansion of Edward Seymour, 1st Duke of Somerset, brother of Jane Seymour and uncle of Edward VI. The building became Crown property after Somerset’s execution (1552) and was later renamed Denmark House by James I, in honour of his queen, Anne of Denmark. It was occupied in turn by two other queens, Henrietta Maria of France and Catherine of Braganza.

The present neoclas­sical structure was built (1776–86) by Sir William Chambers. It has been put to several uses by the govern­ment, most famously as the central record office for births, marriages and deaths. The principal present-day occupants are HM Revenue & Customs and the art galleries of the Courtauld Institute. The central Fountain Court hosts open-air concerts and film shows in summer and is converted to an ice rink in winter. 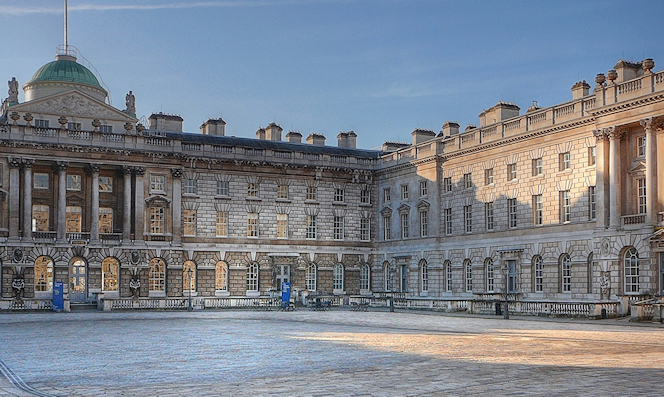