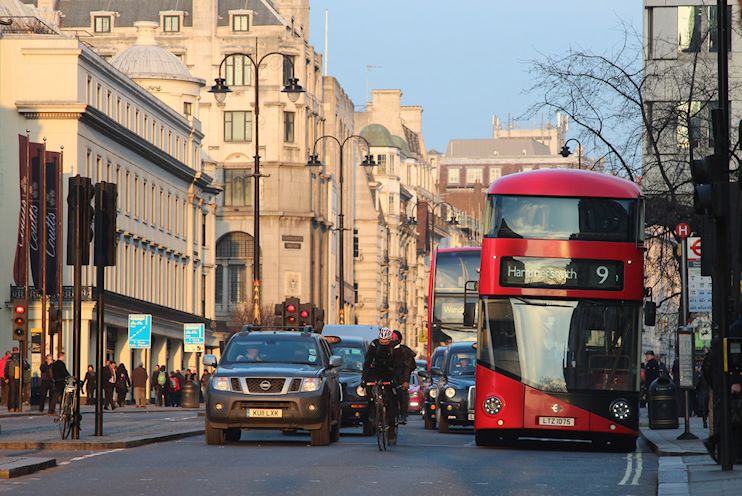 The Strand’s name was first recorded in 1185 and derives from the Old English word meaning ‘bank’ or ‘shore’. The road formerly ran close to the Thames but now finds itself lying inland as a result of the construc­tion of the Victoria Embank­ment. Several maps still give the Strand as the name of the district that everyone else knows as Covent Garden.

Forming part of the connec­tion between the early twin centres of West­min­ster and the City of London, the Strand has been a place of settle­ment for centuries. John of Gaunt’s Savoy Palace was destroyed in the Peasants’ Revolt of 1381 and is now the site of a sumptuous hotel.

Edward Seymour, Duke of Somerset, built a riverside mansion on the Strand in 1547, which later served as a royal residence. Somerset House was rebuilt after 1775 and has been put to several purposes by the govern­ment, most famously as the central record office for births, marriages and deaths. The buildings are now used by a variety of insti­tu­tions, including the Courtauld Gallery.

In the late 1820s King’s College was founded on a site next to Somerset House, and Simpson’s‑in-the-Strand opened as a ‘cigar divan’.

John Nash planned the West Strand Improve­ments in 1830, which included 449 Strand, with its diag­o­nally-placed pepperpot towers, shown in the photo­graph below. 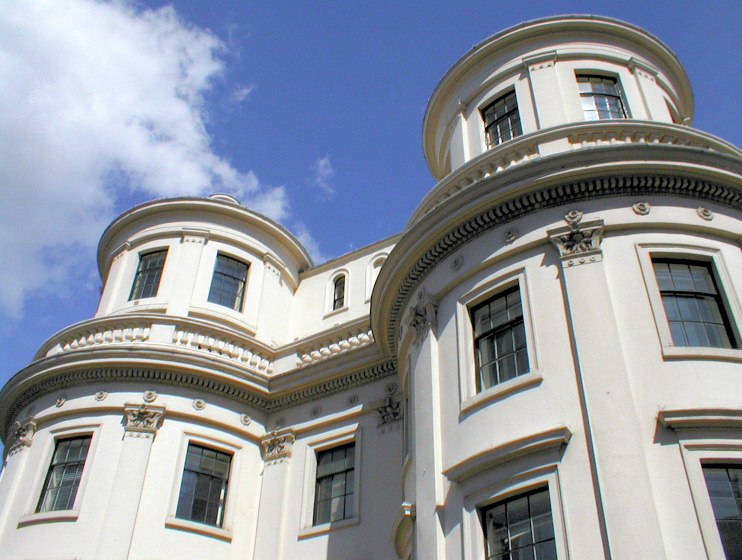 In 1867 Karl Marx described the Strand as “a main thor­ough­fare which gives strangers an imposing idea of the wealth of London” (Capital, Volume One), but he went on to point out that behind its grand insti­tu­tions lay streets teeming with the city’s underclass.

Nearly 500 cramped dwellings were pulled down to make way for the temple-like buildings of the Royal Courts of Justice in the 1870s. To the west of the courts, more tenements were demol­ished when the sweeping curve of the Aldwych was created in 1905.

In the early 20th century the Strand was pre-eminently an enter­tain­ment zone: it had more theatres than any other street in London, several notable restau­rants (such as Romano’s and the Tivoli) and large numbers of music halls and pubs. It was the place where Londoners of all classes went for a good night out.

The Strand is presently home to three theatres: the Savoy, Adelphi and Vaude­ville. The Lyceum is just around the corner on Wellington Street and the Novello Theatre (formerly the Strand) is on Aldwych.

Much of the Strand was lined with blocks of offices over the course of the 20th century, of which the most imposing is the Shell-Mex building of 1931 – now owned by the contro­ver­sial German property tycoon Henning Conle.

Other notable presences on the Strand include the George and Coal Hole public houses, Twinings’ 300-year-old shop, Coutts bank – which has been here since before the foun­da­tion of the Bank of England – and Stanley Gibbons – “the home of stamp collecting since 1856.”

Founded in 1890 and published monthly until 1950, The Strand Magazine featured a mixture of factual articles, short stories and serials. Its early success was driven by the appearance of Arthur Conan Doyle’s Sherlock Holmes stories, which appeared in almost every issue until 1927. Other famous contributors included Kipling, Chesterton, Tolstoy and Simenon.

* The picture of The Strand at the top of this page is adapted from an original photograph, copyright Oast House Archive, at Geograph Britain and Ireland, made available under the Attribution-ShareAlike 2.0 Generic Licence. Any subsequent reuse is freely permitted under the terms of that licence.