A grand crescent breaking away from the Strand and rejoining it a few hundred yards further on, created in conjunction with Kingsway in 1905 and named Aldwych by the London County Council 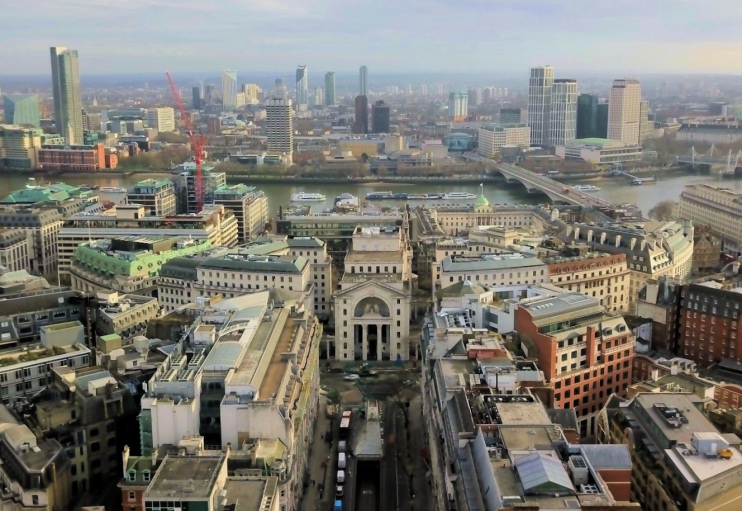 Although the street is rela­tively new, it commem­o­rates a site of excep­tional impor­tance during the Dark Ages. When the Saxons colonised the London area in the 5th century, after the Romans had departed, they estab­lished a riverside market town beyond the city walls, calling it Lundenwic. The Thames was much wider then, and the Strand marks its shoreline.

In 886 Alfred the Great captured London from the marauding Danes, refor­ti­fied the city and moved the trading activ­i­ties of Lundenwic within it. A century or more later, a Danish community resettled the vicinity of the old market – which is what ‘Aldwych’ means. [Inci­den­tally, Londoners are divided on the question of whether to call the street ‘Aldwych’ or ‘the Aldwych’.]

The church of St Clement Danes is said to be the burial place of the half-Danish Harold I, Harefoot, who ruled England from 1035 to 1040, first as regent for his half-brother and then as king. The church was gutted by fire caused by bombing during the Second World War but has since been restored.

Soon after Aldwych’s crescent was created (primarily in place of Wych Street) several impres­sive buildings opened on its north side, notably the Waldorf Hotel and the pair of theatres that flank it: the Novello (orig­i­nally Waldorf) and Aldwych. At opposite ends of the crescent, two office blocks are also grade II listed: Inveresk House (completed in 1907 for the Morning Post, now the One Aldwych hotel) and Clement House (1911).

The west end of the central section between Aldwych and the Strand was the home of the Gaiety theatre from 1903 to 1939. Most of the building was demol­ished in 1956 when wartime bomb damage was finally deemed irreparable. It was replaced by an office block that has since in turn been replaced by the ME London hotel. Marconi House, the surviving part of the Gaiety devel­op­ment has recently been converted into 86 apart­ments and pent­houses.

The other buildings in the central section are Australia House (completed in 1918 and shown in the photo below), Bush House (1925, with various wings following on) and India House (1930). 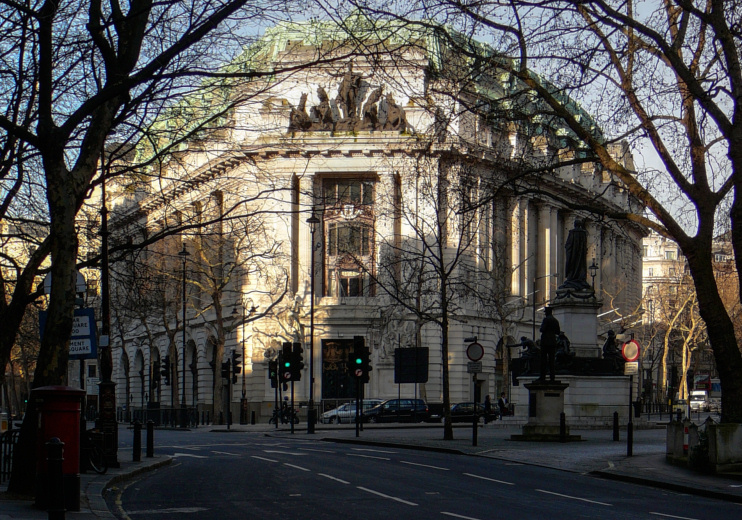 Aldwych tube station (called Strand station when it opened in 1907) closed in 1994. Nowadays it’s regularly used as a location for tele­vi­sion and film productions.

The Aldwych farces are a series of plays written by Ben Travers and first performed at the Aldwych theatre between 1925 and 1933.

The composer Ivor Novello lived in Aldwych for most of his adult life. He is now best known for the songwriting and composing awards named in his honour.

The drone photograph of Aldwych, seen from above Kingsway with Bush House in the centre, is copyright Nic Oatridge and is reproduced here with his kind permission.