St Vedast is an Anglican church in the Catholic tradition, situated on Foster Lane in the City of London. This author used to imagine that St Vedast was a modest man of God who went around pretending to be some ordinary bloke called Foster, but it turns out that Foster is an English corrup­tion of Vedast, who was a sixth-century French bishop.

The church is tradi­tion­ally claimed to have been estab­lished by 1170. It has been altered, enlarged and restored many times and probably rebuilt at least twice, the last time by Christo­pher Wren after the Great Fire of London. It was completely burnt out during the Blitz and restored in the mid-1950s.

The photo­graph below shows the now spooky-looking cherubim carved on the keystone above the west front door by the stone­mason Edward Strong in the 1690s, a job for which he charged £5. The beautiful and ornate church interior is much better preserved. 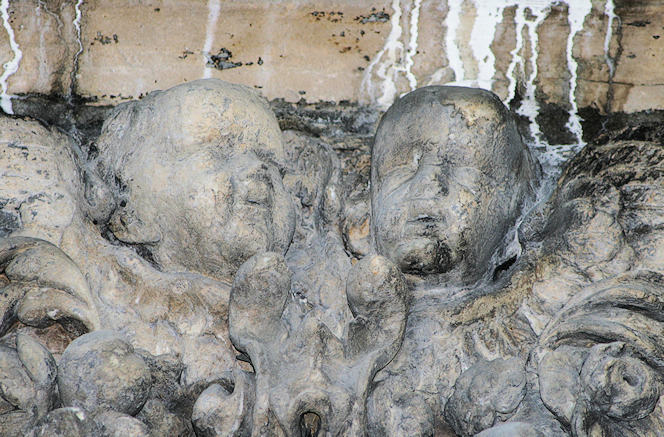