Victoria coach station is located on Buck­ingham Palace Road, where the medieval village of Ebury once stood. Built in 1932 in art deco style, it is London’s principal terminus for coach services.

The archi­tects were Wallis, Gilbert and Partners, who designed several imposing concrete struc­tures in the London area between the wars, including the Hoover factory.

Beginning with the London Coastal Coaches consor­tium, the coach station was owned and managed by various private, then nation­alised, then dereg­u­lated coach companies until it was trans­ferred to London Transport in 1988, passing to Transport for London in 2000.

The station nowadays supports all forms of coach activ­i­ties, including scheduled express and commuter services, day trips, coach holidays and private hire. The ticket hall is open daily from 7am to 10pm.

You can get a coach from here to most cities in Britain and many in conti­nental Europe. 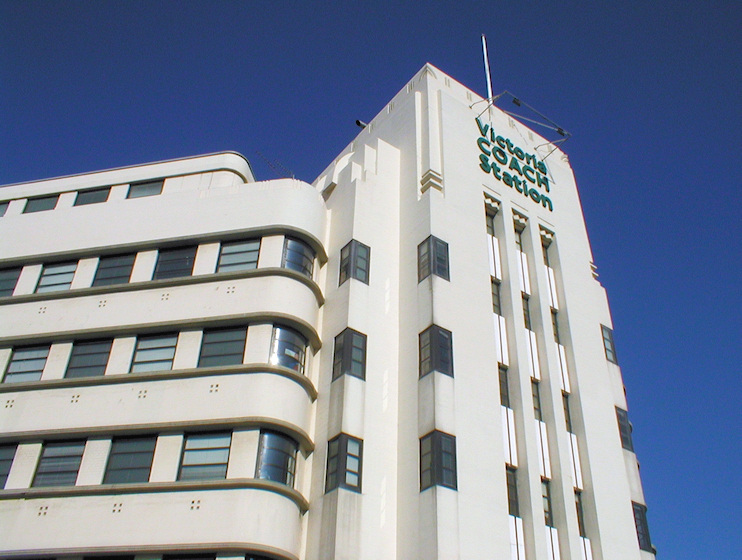