A remote hamlet situated on the Ridgeway, which links west Enfield with the M25 at Potters Bar 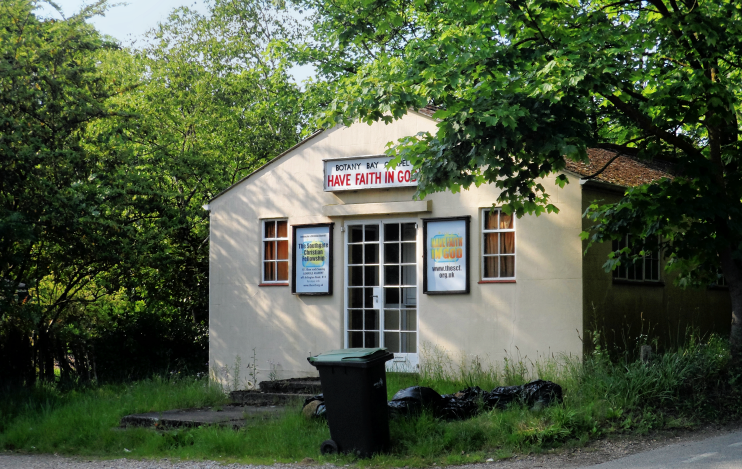 Botany Bay takes its name from the former Australian penal colony, implying an isolated settle­ment in the same way that ‘World’s End’ was used two miles to the south.

The hamlet came into being after the enclosure of Enfield Chase in 1777 and it had gained its cheeky name by 1819, when CG Greenwood iden­ti­fied it on his map of Middlesex.

Botany Bay has been home to a series of simple chapels during its short life and still has one today. The first was in existence by 1851 and had links with a now-obscure (but still active) evan­gel­ical sect called the Countess of Huntingdon’s Connexion, but it did not see out the century.

Botany Bay’s terraced cottages and some of the larger prop­er­ties are of Victorian origin, while 20th-century amenities include the Robin Hood public house and a farm shop.

In 2001 Enfield council contem­plated relo­cating Enfield golf course to Rectory Farm but the incoming Conser­v­a­tive admin­is­tra­tion abandoned the proposal a year later. The council firmly opposes attempts to develop Botany Bay in almost any way, stating that “the character and prominent ridge-top location of the village means that no sites exist where further building devel­op­ment will not harm the green belt setting or the landscape of the Enfield Chase heritage area. The council will therefore resist devel­op­ment on backland sites, in spacious gardens and grounds, and in substan­tial gaps along road frontages.”

* The picture of Botany Bay chapel on this page is adapted from an original photograph, copyright Bikeboy, at Geograph Britain and Ireland, made available under the Attribution-ShareAlike 2.0 Generic Licence. Any subsequent reuse is hereby freely permitted under the terms of that licence.