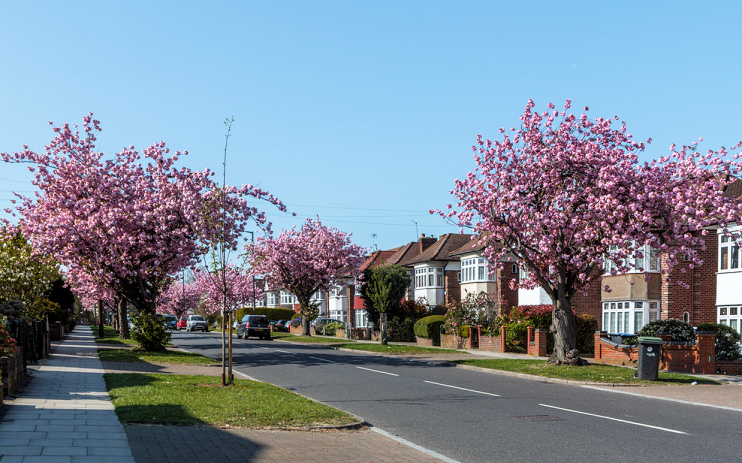 World’s Ends were once dotted all around the outer edges of London as this was a popular name for a remote house or farm, often located at a parish boundary. This World’s End straddled the border between the parishes of Enfield and Edmonton when it was estab­lished as a 19-acre farm after the enclosure of Enfield Chase in 1777.

Boundary changes in each of the following two centuries brought World’s End entirely within Enfield’s bailiwick. The enclosure act also stip­u­lated that new roads be constructed across the former chase and World’s End Lane (as it was later called) was one of these.

In 1889 an outbreak of infec­tious diseases prompted the Enfield local board to buy World’s End Farm for £2,000 to build an isolation hospital. A temporary set of iron buildings was erected in 1891 adjoining the newly-built Northern (later Highlands) Hospital and replaced by a permanent structure at the end of the decade. Across World’s End Lane, Enfield golf club was founded in 1895 on the former Swannell’s Farm, which had been part of the Old Park estate.

To the north, houses were built along and off Slades Hill in the 1930s. Situated where Slades Hill crosses Salmon’s Brook (a spot known locally as Frog’s Bottom), McMullen’s Jolly Farmers public house was demol­ished and rebuilt in its present form in 1935–6. Now a ‘Chicken & Grill pub’, the Jolly Farmers is shown in the photo below. 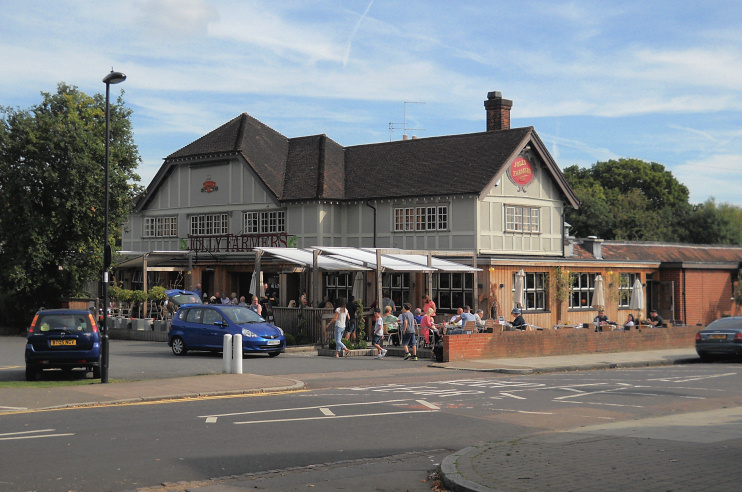 The construc­tion of Merry­hills primary school had almost finished when war broke out in 1939 and special permis­sion was granted for the work to be completed, as there was no other school within a mile and the area had greatly increased in popu­la­tion over the previous decade.

A few more streets were laid out after the Second World World War but most of the neigh­bouring coun­try­side has been preserved as part of the green belt.

* The picture of Bincote Road at the top of this page is modified from an original photograph, copyright Christine Matthews, and the picture of The Jolly Farmers is adapted from an original photograph, copyright Paul Bryan, both at Geograph Britain and Ireland, made available under the Attribution-ShareAlike 2.0 Generic Licence. Any subsequent reuse is freely permitted under the terms of that licence.