One of the constituent parts of West Wickham, with its own small shopping parade 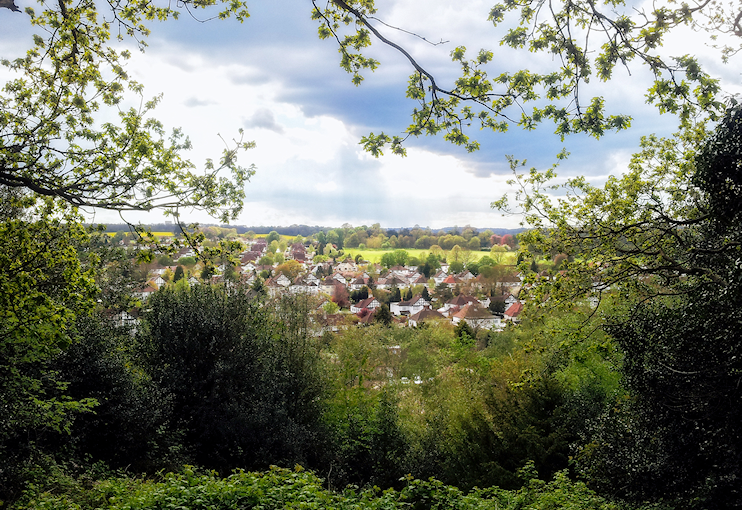 Coney Hall Farm was first mentioned in the 17th century, when its lease stated that the tenant had the sole right to catch coneys (rabbits) on nearby Jackson’s Heath.

Following the death of lord of the manor Sir Henry Lennard in 1928, much of his Wickham Court estate was sold to Morrell’s, which was also building on the western side of Petts Wood. Construc­tion work on the estate’s 1,000 homes began in 1933 and the shops of Kingsway Parade were built on the south side of Croydon Road.

Many of the houses were in a standard style, with polygonal bay windows and half-timbered gables, and were priced more afford­ably than elsewhere in West Wickham, although this distinc­tion has since diminished.

As a result of Sir Henry’s former oppo­si­tion to the construc­tion of roads across his land, the estate was initially difficult to reach and London Transport refused to provide a bus service on the narrow and hilly lanes. Morrell’s responded by laying on a free coach connec­tion with the nearest station at Hayes but the service was withdrawn when the estate was completed.

In 1937 Elsy and Jim Borders, the owners of 81 Kingsway, withheld their mortgage payments in protest at the alleged jerry-built condition of their new home. Hundreds more mortgage payers struck in sympathy around the country and the ensuing court case influ­enced the framing of the Building Societies Act in 1939, which strength­ened the rights of mortgagors.

Some authorities have placed the Roman settlement of Noviomagus near the present Layhams Road, although most prefer Crayford.

* The view over Coney Hall at the top of this page is modified from an original photograph, copyright Garry Knight, at Flickr, made available under the Attribution 2.0 Generic Licence. Any subsequent reuse is freely permitted under the terms of that licence.