The principal industrial zone in the borough, straddling the River Cray and the former Roman road of Watling Street, between Bexleyheath and Dartford, Kent 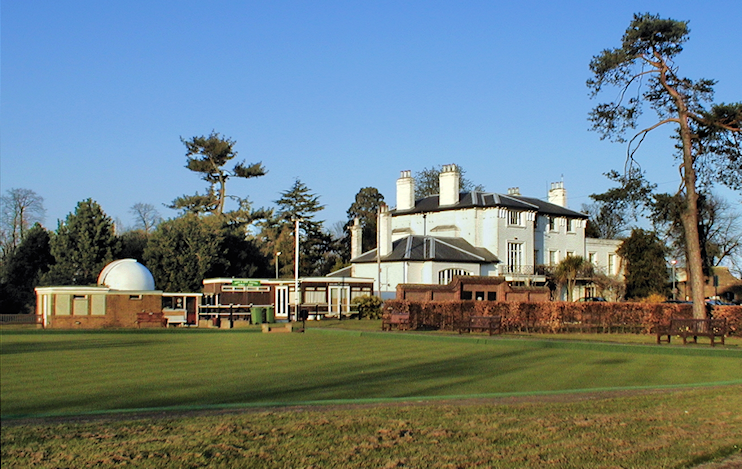 Crayford Marshes have been the site of important archae­o­log­ical finds, including rhinoc­eros bones, and evidence of an Iron Age settle­ment has been uncovered. Crayford was probably the site of the Roman settle­ment of Noviomagus, although other author­i­ties place it at Coney Hall, in West Wickham.

The Battle of Crayford, which took place in ad456 or 457, played a decisive role in the formation of the kingdom of England, when Hengest’s Anglo-Saxons drove Prince Vortimer’s Britons out of Kent. The Anglo-Saxon Chronicle says that 4,000 men were slain.

Domesday Book recorded the presence of a church, which was replaced by the present church of St Paulinus around 1100, since when it has been much altered.

The first manor house was built to the north-west of the church in the 14th century, when the town was granted a charter to hold an annual fair. The presence of the freely flowing river brought thirsty indus­tries such as tanning, while barges were built at Crayford Creek. Huguenot refugees estab­lished the first calico bleaching works in the late 17th century, and later printed silk here.

The present manor house (shown in the photo above) is believed to have been constructed in 1816 using the materials from an earlier building dating from around 1768, some elements of which still remain. The house has an obser­va­tory in its grounds – a converted boiler house operated by the Crayford Manor House Astro­nom­ical Society (which is no longer based here) – and there’s a bowls club too. Until fairly recently the house itself served as an adult education centre and it is presently home to Bexley Voluntary Service Council.

Crayford station opened in 1866. Machine guns and other armaments were manu­fac­tured north of Crayford Road, first by Hiram Maxim and from the end of the 19th century by Vickers, which also built some early flying machines. The company employed more than 14,000 workers during the First World War.

New Ideal Home­steads and other local builders laid out housing estates in the 1930s, but the location did not prove espe­cially attrac­tive to potential buyers. Vickers left Crayford in 1969 and its place was taken by distrib­u­tors and small-scale manu­fac­turers, the best-known of which is Caterham Cars. A former British Telecom site has been rede­vel­oped as Optima Park.

Crayford greyhound stadium was relocated westward in 1985 to make room for a leisure centre and Sainsbury and Homebase stores. Devel­op­ments like the Tower retail park have drawn shoppers away from the High Street and Waterside but Bexley council would like to refocus the centre on Crayford Bridge, ideally adding ‘features of interest’ and creating a new public park or open space.

The occult novelist Algernon Blackwood was born at the manor house in 1869.

Invented in 1968, the Crayford eyepiece mount or Crayford focuser is a simplified focusing mechanism for amateur astronomical telescopes.