A conservation area located south of Wimbledon Common; the hill itself lies towards the eastern end of the lane called Copse Hill 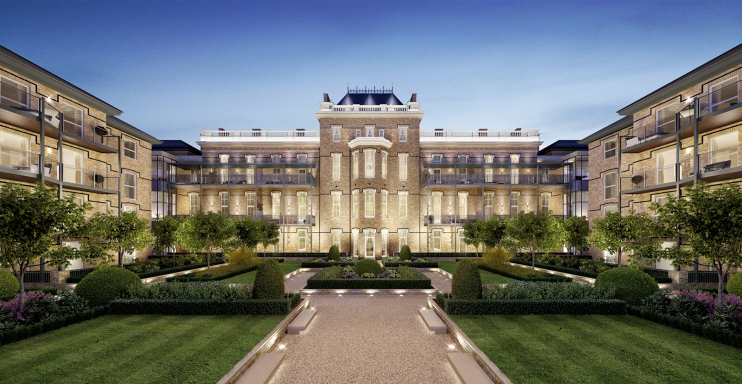 The first and grandest mansion to appear on Copse Hill was Prospect Place, built in the mid-18th century by a London goldsmith, with grounds that were later improved by Humphry Repton. The estate was sold to devel­opers in stages from 1851 and a handful of villas were erected on what was named the Cottenham Park estate. Among these was The Firs, which was commis­sioned by two barris­ters, the Christian social­ists Thomas Hughes and John Ludlow. Hughes wrote Tom Brown’s School­days in the house in 1856.

Christ Church was built at the expense of the hill’s wealthy residents in 1860 and later enlarged. Prospect Place was pulled down in the 1860s to make way for the Atkinson Morley conva­les­cent home, subse­quently a hospital, which was funded by the bequest of a wealthy hotelier who had trained as a doctor. Terraced cottages with small front gardens lined Thurstan Road later in the 19th century.

Copse Hill was widened in 1925 and much of its present housing dates from around this time. The Wolfson neuro­surgery unit opened within the hospital during the Second World War. The Firs was demol­ished in 1957 and replaced by nurses’ accom­mo­da­tion that retained the same name. In 2003 the facil­i­ties of the Atkinson Morley hospital relocated to St George’s hospital in Tooting. The Wolfson reha­bil­i­ta­tion centre closed in 2012.

The main hospital buildings have been converted to luxury apart­ments, with “a selection of pres­ti­gious bespoke family homes” in the grounds. The devel­op­ment is called Wimbledon Hill Park and homes here were priced between one and three million pounds at launch. The image at the top of this page is a CGI of ‘Wellington Row’, obtained from the Berkeley Group’s publicity material.