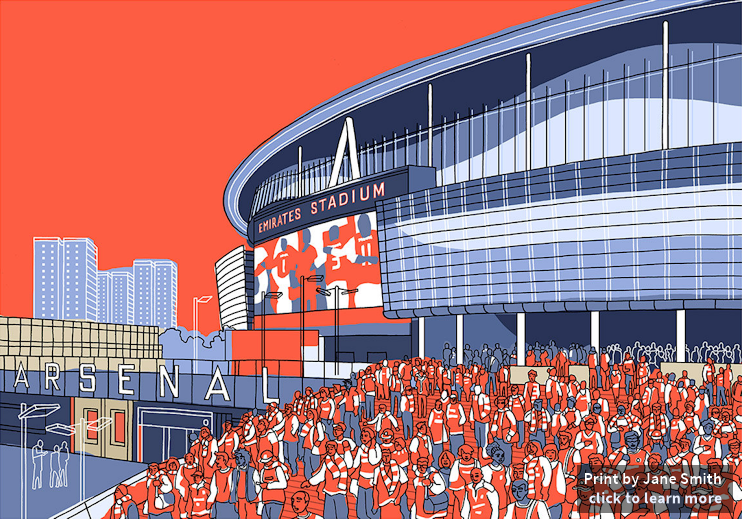 The first roads here were laid out around 1840 and the one now called Drayton Park was orig­i­nally Highbury Hill Park. Its name was probably changed to avoid confusion with all the other Highbury-related street names nearby – notably Highbury Hill just to the east – but there’s no record of why ‘Drayton’ was chosen.

The local­i­ty’s devel­op­ment progressed gradually until the opening of the Great Northern Railway’s Canonbury spur line in 1874. (For Drayton Park station’s compli­cated history since then, please see its Wikipedia article.)

The subse­quent addition of railway sidings and depots brought industry to the area, including a gasworks and paper-staining works. The council built the first of several depots here in 1937. Drayton Park suffered badly from wartime bombing and the London County Council compul­so­rily purchased and cleared land here in the 1950s.

This is now a multi-ethnic community, with signif­i­cant Turkish and Bengali minori­ties, and nearly 30 different languages are spoken at Drayton Park primary school. The housing stock includes owner-occupied and privately rented homes, as well as some social accommodation.

Since its comple­tion in 2006, Drayton Park’s dominant feature has been the 60,000-seat Emirates stadium, the home of Arsenal football club. The cost of relo­cating Ashburton Grove’s pre-existing industry and a waste recycling centre absorbed almost half the much-delayed project’s total budget. The stadium’s construc­tion was more than just a football issue: the project was the largest devel­op­ment in Islington for many years and had regen­er­a­tion impli­ca­tions for the whole area.

John Lydon, formerly Johnny Rotten of the Sex Pistols, was born in Benwell Road in 1956.

Tony Blair lived in Stavordale Road from 1976 until 1982, when he moved to Barnsbury.