A Georgian and early-Victorian suburb in east Islington, fringed by post-war council estates 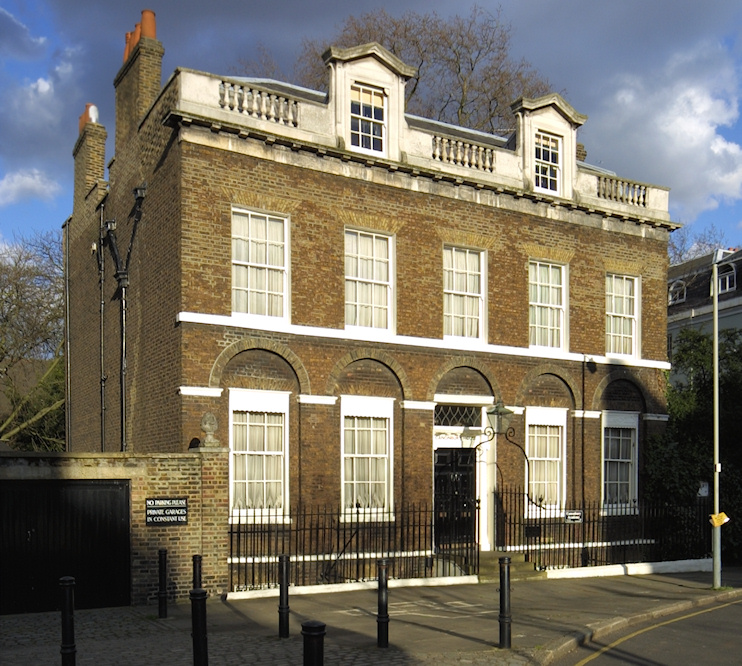 Canonbury – the ‘manor of the canons’ of St Bartholomew’s Priory in Smith­field – was first recorded in 1373. Canonbury House was in existence by this date and stood isolated here for almost four centuries. The house underwent a succes­sion of alter­ations and partial demo­li­tions, of which the lasting results are the 16th-century tower (now a Masonic research centre) and an east range that survives as part of Canonbury Place.

In the early 17th century the scientist and philoso­pher Sir Francis Bacon spent the last ten years of his life at Canonbury House and the writers Oliver Goldsmith and Wash­ington Irving later lodged in the tower. By 1730 the Canonbury tavern had been built to the north-east of the house, drawing crowds to its tea gardens. In the late 18th century the stock­broker John Dawes began to erect villas around what remained of the house, including a new Canonbury House (shown in the photo­graph above) in 1795.

In 1803 the Earl of Northampton leased more land for building and devel­opers added short rows of houses but progress was sporadic and many gaps remained in the second quarter of the century, when St Paul’s church and St Stephen’s church were built on Hopping Lane and Canonbury Road respectively.

Terraces and pairs of villas spread across Canonbury from the 1850s and Canonbury station opened on Newington Green Road in 1858. The present station on Wallace Road replaced it twelve years later. Hopping Lane was renamed St Paul’s Road in 1862.

The Georgian heart of Canonbury did not suffer the same degree of social decline that affected most of Islington from the end of the 19th century. It dipped in the 1930s but was quick to recover after the Second World War.

The borough and county councils built housing estates on Canonbury’s over­crowded outskirts, mostly on a small scale and near the main roads. By far the largest project, the Marquess estate was completed in 1976 to wide­spread acclaim but has since required costly rehabilitation.

The Estorick Collec­tion of Modern Italian Art opened at 39a Canonbury Square in 1998. The gallery focuses on early-20th-century Futurist art and is open from Wednesday to Sunday.

The Hen and Chickens theatre bar on St Paul’s Road has a popular upstairs theatre with 54 seats.

The writer Evelyn Waugh lived in Canonbury Square in the late 1920s, as did George Orwell in 1945, the year that saw the publication of Animal Farm – and the birth of film director Alan Parker in Canonbury.

The poet Louis MacNeice lived on Canonbury Park South between 1947 and 1952.