A diminutive and leafy locality situated between Sundridge and Chislehurst 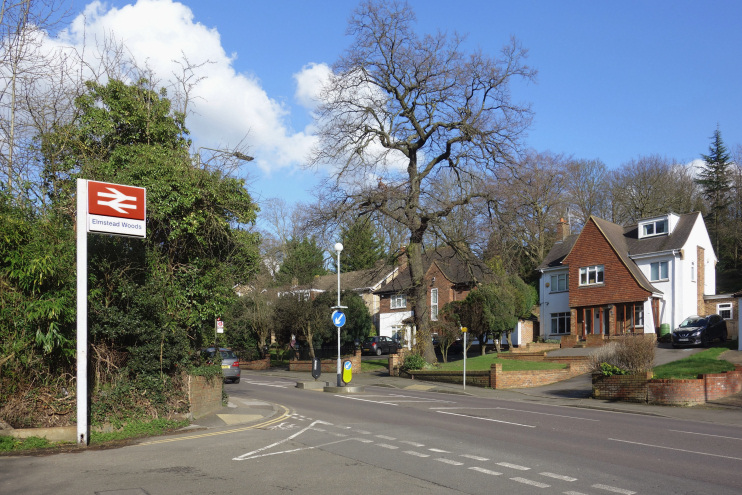 The name was first recorded in 1320 as Elmsted, ‘the place where elm trees grow’, and the wood was Elmyste­dis­wood in 1392. This was part of the Bishop of Rochester’s estate and used to provide timber for shipbuilding.

A map of the early 1760s shows a house called Emsted Place and a gazetteer of 1797 added yet another variation on the name, by calling the hamlet Hemsted. The gazetteer reported that the hamlet had only one gentleman’s house (presum­ably Emsted Place) and that this belonged to a Pall Mall book­seller. The rest of the locality was said to consist of “good farms and labourers’ cottages.”

The railway line from St Johns to Chisle­hurst was constructed in 1865 and Elmstead was the last station to open – in 1904. The ‘Woods’ addition to the name came four years later, presum­ably to attract day-trippers. Most of the vicinity was built up in the early 20th century as part of the expansion of Chislehurst.

In 1975 Ravens­bourne College of Design and Commu­ni­ca­tion moved from Bromley Common to a purpose-built home north of Walden Road. The college later shortened its name to Ravens­bourne and in 2010 relocated to the Greenwich Peninsula. Its old site has been rede­vel­oped by Taylor Wimpey as Kings Quarter.

The surviving part of Elmstead Wood has paths that are part of the green chain walk that stretches across south-east London and the trees are mainly oak, sweet chestnut and hornbeam. 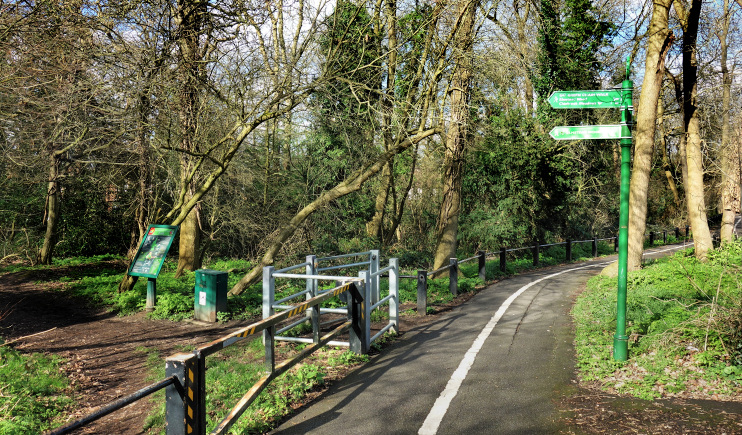 Just beside the station is Elmstead Pit, formerly called Rock Pit, a small site with a nation­ally important exposure of the geolog­ical strata known as Black­heath Beds – marine deposits that were built up approx­i­mately 50 million years ago. They are rich in fossils and have yielded fish scales and shark fins. The pit is on land belonging to Sundridge Park Golf Club and there is no public access.

The pictures of Elmstead Lane and the Green Chain Path, Elmstead Wood, on this page are slightly modified from original photographs, copyright Des Blenkinsopp, at Geograph Britain and Ireland, made available under the Attribution-ShareAlike 2.0 Generic Licence. Any subsequent reuse is freely permitted under the terms of that licence.