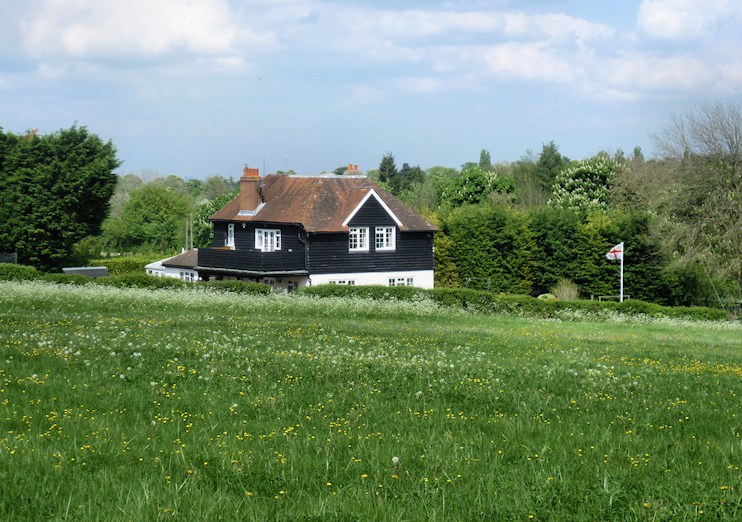 When a gas pipeline was laid through Little Woodcote in 1968, flints of possibly Neolithic origin were uncovered. Other flints of varying ages have also been found here, indi­cating signif­i­cant prehis­toric occu­pa­tion. However, there is little support for spec­u­la­tion that Little Woodcote was the site of a Roman town – perhaps the much sought after Noviomagus, which has also been linked with Coney Hall and, more credibly, with Crayford.

Evidence of the existence of an early medieval village is mixed but it seems that there was a settle­ment of some kind, which may have declined in popu­la­tion after the Black Death.

To the west of Little Woodcote and the north of Wood­mansterne the future twelfth Earl of Derby created Oaks Farm and its walled garden as a ‘model farmery’ during the 1870s. The Oaks itself was a magnif­i­cent castle-like mansion, possibly based on a relocated tollhouse extended by Robert Adam. The house was demol­ished in the late 1950s.

After the First World War Surrey county council engaged in an imag­i­na­tive version of the ‘homes for heroes’ project here, providing unem­ployed ex-servicemen with small­hold­ings on which to grow vegeta­bles or flowers, or rear animals. Part-weath­er­boarded farmhouse-style homes were built for the small­holders to rent from the council, one of which is shown in the photo above.* Most of the prop­er­ties on the Little Woodcote estate were semi-detached and straddled the boundary of two plots. Some of the small­hold­ings are still in use.

Located on what is now Sutton’s south-eastern edge, much of the Oaks is now a park, sports centre and public golf course. The southern part has become a disused wilderness.

Lord Derby inaugurated two famous horse races at nearby Epsom, naming them after himself and his house.

* The picture of a house on the Little Woodcote estate at the top of this page is adapted from an original photograph, copyright Marathon, at Geograph Britain and Ireland, made available under the Attribution-ShareAlike 2.0 Generic Licence. Any subsequent reuse is freely permitted under the terms of that licence.