An increasingly cosmopolitan locality situated on the north-eastern edge of Canonbury, north of Balls Pond Road 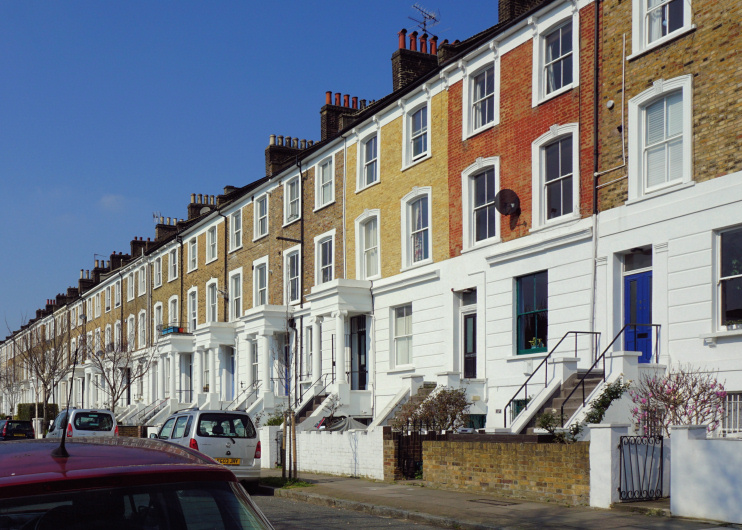 The road now called King Henry’s Walk was marked as a pathway on a map of 1735. The modern name derives from the (unsup­ported) story that Henry VIII owned a hunting lodge at Newington Green.

The land here was the property of the Halliday/Mildmay family from the early 17th century until the first half of the 19th century, when Lady St John Mildmay began to sell off land in lots for building.

The main phase of activity did not come until a network of streets was laid out in the 1850s. The principal thor­ough­fares acquired substan­tial stuccoed prop­er­ties while smaller streets were lined with two-storey terraced houses. The Mildmay Tavern was built in 1854 and St Jude’s church the following year.

Balls Pond Road gained its name in 1865, from a pond near present-day Bingham Street that lay outside a lively tavern that had belonged to one John Ball a century earlier.

Mildmay Park had a railway station, a radical club and a synagogue from the 1880s until they all closed in the 1930s, the latter because the exodus of middle-class Jews to more pros­perous parts of London had caused the congre­ga­tion to dwindle almost into non-existence. The radical club’s premises survive as the home of the less radical Mildmay Club.

After the Second World War several bomb-damaged zones were replaced with blocks of flats. Other sites were cleared and rebuilt in the 1960s.

Mildmay is the east­ern­most electoral ward in Islington but exhibits the borough’s typical mix of owners and renters, whites and non-whites, and young profes­sionals and blue-collar workers.

Short-lived 1960s pop sensation the Honeycombs were ‘discovered’ at the Mildmay Tavern, which is now a convenience store. The pub was also a favourite haunt of Jack the Hat McVitie, and later of scooter-riding Mod revivalists.

* The picture of Mildmay Grove North is adapted from an original photograph, copyright Bill Boaden, at Geograph Britain and Ireland, made available under the Attribution-ShareAlike 2.0 Generic Licence. Any subsequent reuse is freely permitted under the terms of that licence.