‘Barnardo-ville’ in Barkingside, a third of a mile south-west of Fullwell Cross 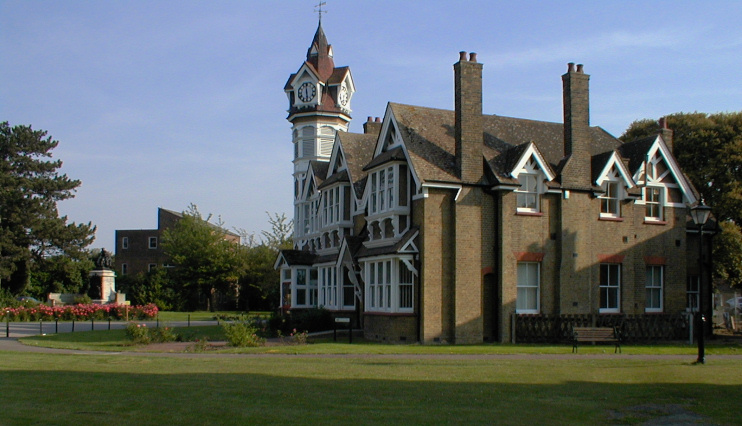 There has been a hamlet here since the days when Bark­ing­side was just the name of the parish rather than a specific settle­ment. Some early cartog­ra­phers rendered the Mossford name as Mossfoot.

Edward Blore designed the church of Holy Trinity in 1840. Behind this lies Bark­ing­side cemetery.

In 1873 Dr Thomas Barnardo estab­lished his village home for girls in the grounds of Mossford Lodge, which was leased to him rent-free as a wedding present. 600 girls were soon accom­mo­dated in 30 buildings.

Meanwhile, the hamlet of Bark­ing­side was expanding – its first police station had formerly been the Mossford Arms – and the opening of Bark­ing­side railway station in 1903 confirmed its local supremacy. Mossford Green was soon swallowed up and its separate identity is now all but forgotten. One reminder is Mossford Green primary school on Fairlop Road.

Barnardo’s village became a mixed facility in 1939. In 1975 the charity opened the New Mossford Centre, on Civic Way, as a home for disabled children.

Barnardo’s head­quar­ters is on Tanners Lane and the organ­i­sa­tion has supported local char­i­table work and the regen­er­a­tion of Bark­ing­side. A Tesco super­market now occupies part of the grounds of Mossford Lodge.