Despite accusations of ‘chav’ characteristics, Barkingside is an unobjectionable interwar suburb situated at the south-western corner of Fairlop Plain 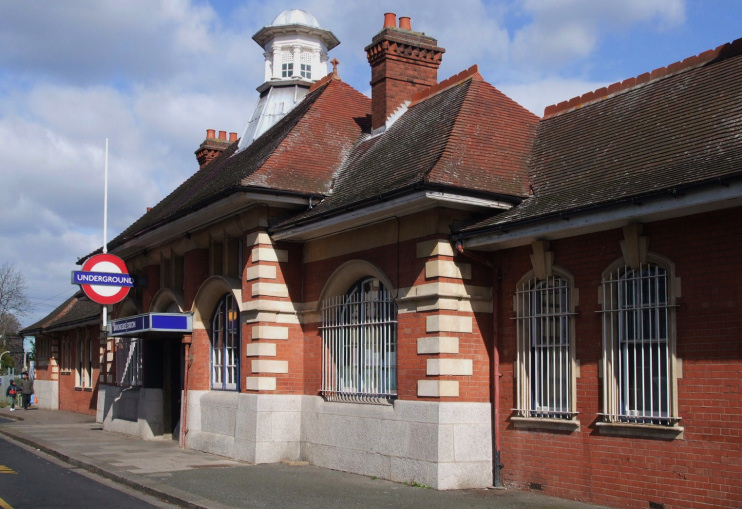 Barkingside’s name was first recorded in 1538 and derives from its location on the Barking side of Hainault Forest, at the boundary of the old parish.

By 1840 Bark­ing­side and its neigh­bouring hamlets and mansions had grown suffi­ciently populous to warrant the building of Holy Trinity Church at Mossford Green but in 1876 James Thorne found that the settle­ment was “merely a gathering of a few small houses along a crossroad, and a few others by a scrubby green; the inhab­i­tants are chiefly engaged in agriculture.”

Soon after Thorne made his obser­va­tions Dr Thomas Barnardo estab­lished his village home for girls at Mossford Green, with its own church and hospital. It is said that Bark­ing­side station, which opened on the Great Eastern Railway in 1903, owes its ornate style to the frequent royal visits to the girls’ home, which is now desig­nated a conser­va­tion area.

The construc­tion of the Eastern Avenue in 1925 encour­aged southward expansion towards Gants Hill and the absorp­tion of Mossford Green and Fullwell, where new facil­i­ties were added after the Second World War.

Green-belt legis­la­tion prevented post-war expansion east of the railway, which became part of the Central line in 1948. New Anglican and Roman Catholic churches were built in the mid-1950s. Jews held services in Barnardo’s church until the conver­sion of a former primary school to a synagogue at Newbury Park in 1981.

Barkingside’s focal High Street distin­guishes the suburb from the neigh­bouring sprawl of ‘greater’ Ilford but the predom­i­nance of inde­pen­dent retailers and fast-food outlets reflects its declining impor­tance as a shopping area.

Bark­ing­side ward is the largest in the borough in area, but no longer in popu­la­tion since the 2011 census. The ward includes most of Gants Hill and boasts wide religious diversity, with signif­i­cant numbers of Chris­tians, Jews, Hindus, Muslims and Sikhs.

* The picture of Barkingside station on this page is adapted from an original photograph, copyright Sunil060902, at Wikimedia Commons, made available under the Attribution-Share Alike 3.0 Unported licence. Any subsequent reuse is freely permitted under the terms of that licence.