A tightly built-up residential and commercial locality tucked between the Grand Union Canal and the M4 motorway, south of Southall and west of Norwood Green 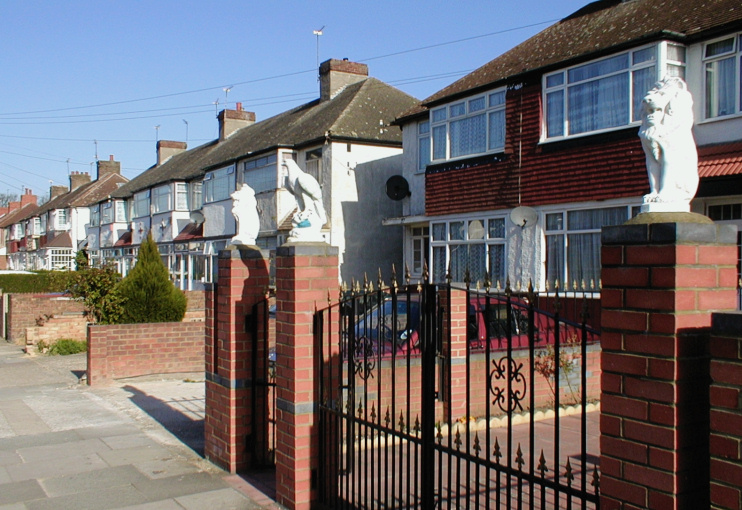 North Hyde was the north­ern­most part of the parish of Heston – and indeed of the whole of Isleworth hundred. A hundred covered an area of 100 hydes, and a hyde (nowadays usually spelt ‘hide’, but not in its occur­rences in London place names) was the amount of land consid­ered adequate for the support of one free family with its depen­dants, usually about 120 acres or as much land as might be tilled with one plough in a year. The name dates from the 13th century, when Heston became a separate parish from Isleworth

At 100 feet above sea level North Hyde is one of the most elevated parts of a generally low-lying area. There is evidence of a farm here that belonged to the friars of Holy Trinity, which was thus excused from paying tithes to the local church.

In the 18th century North Hyde was owned by the Bulstrode family, lords of the manor of Hounslow, who leased parcels of land to several farmers. Family documents record various disputes over their property here, including a court decision in 1731 that the tithes exemption remained in force. In 1794 the eminent scientist Sir Joseph Banks, who lived at nearby Spring Grove, noted that North Hyde had eight houses. The cutting of the canal across common land in 1801 prompted the estab­lish­ment of a military depot and powder magazine with its own canal branch, now filled in, and a small settle­ment grew up nearby.

The council put up housing on North Hyde’s fields before and after the Second World War and the surviving three acres of Barnes Farm are now given over to allotments.