A multicultural and multi-use district lying west of Osterley Park and north of Hounslow, between the M4 and the Great West Road 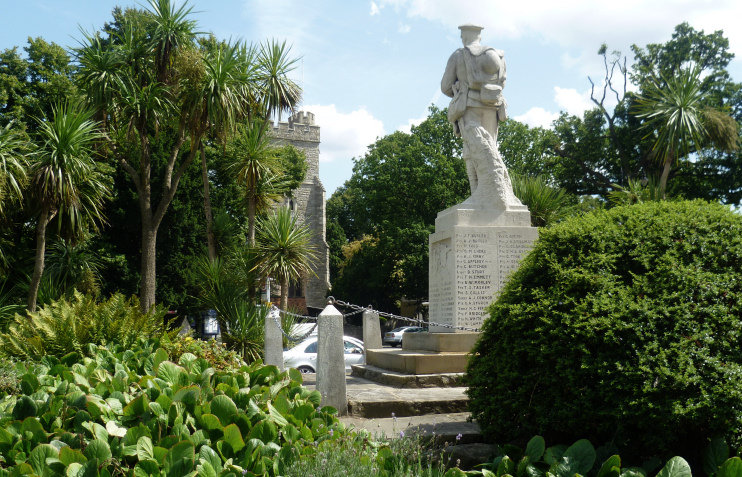 Heston lies on what was once the heathland sepa­rating the great forest of north Middlesex and the marshes bordering the Thames. The name is probably of Saxon origin, meaning a settle­ment among the ‘hese’ or brushwood.

Heston became a separate parish from Isleworth in the 13th century and there followed a contin­uing rivalry between the two. By the 16th century Heston parish had embraced several surrounding villages, including Lampton.

Heston itself remained a small agri­cul­tural village for several centuries, renowned for the quality of its wheat – and later for the quantity of bricks it produced. The enclosure of the heathland after 1813 brought some growth and the dilap­i­dated church of St Leonard was rebuilt in 1863–6, despite protests at this “act of vandalism”. The church’s medieval tower (visible in the photo­graph above) and lych gate have survived.

Ninety-nine Heston men lost their lives in the First World War and their sacrifice was commem­o­rated by a memorial that was unveiled in June 1918. Sculpted in Portland stone by Arthur George Walker and shown from behind in the photo above,* the memorial is grade II listed.

Rapid expansion did not occur here until the inter-war years of the 20th century. On the western edge of the locality, Heston Aerodrome was oper­a­tional from 1929 to 1947. It was at Heston in 1938 that prime minister Neville Cham­ber­lain landed after signing the Munich Agreement with Adolf Hitler. Streets that have since been built here have names that commem­o­rate famous aviators and aircraft.

During the lifetime of the aerodrome the Heston Aircraft Company built and modified military aero­planes and in 1940 constructed a privately funded prototype – the Heston Racer – for an (unsuc­cessful) attempt on the world air speed record.

Commer­cial and light indus­trial devel­op­ment followed the creation of Heathrow airport in 1946. The airport provides employ­ment for many of the district’s inhab­i­tants but also causes misery from aircraft noise and vortex strikes.

The district is best known to outsiders for its motorway service station, which is located between junctions 2 and 3 of the M4. The chef Heston Blumen­thal once joked that his parents had named him in honour of Heston services, a story that several august publi­ca­tions took seriously – despite the fact that he was born in 1966, two years before the amenity opened.

Heston has proved a popular choice of residence with immi­grants from south Asia, espe­cially India. At the 2011 census 50 per cent of Heston’s popu­la­tion was of south Asian origin or descent. Sikhs, Muslims and Hindus are all well represented.

Jimmy Page, guitarist with the rock group Led Zeppelin, was born in Heston in 1944.

Working from his parents’ home in Clairvale Road, Navinder Sarao made tens of millions of dollars manipulating the US stock market between 2009 and 2014. The so-called ‘Hound of Hounslow’ lost his battle against American attempts to extradite him in October 2016. He subsequently surrendered all his liquid assets to the US government and was sentenced to a year of home incarceration in January 2020. Remarkably, Sarao’s story is now set to become a Hollywood movie, starring Dev Patel.

* The picture of Heston war memorial and St Leonard’s church tower at the top of this page is adapted from an original photograph, copyright Marathon, and the picture of Heston Racer brickwork is adapted from an original photograph, copyright Robin Webster, both at Geograph Britain and Ireland, made available under the Attribution-ShareAlike 2.0 Generic Licence. Any subsequent reuse of the image is hereby freely permitted under the terms of that licence.