The location of one of London’s most magnificent stately homes, one-and-a-half miles west of Brentford

Oster­ley’s existence was first noted in 1274 and the name derives from Old English words meaning ‘sheepfold clearing’. Sir Thomas Gresham, commer­cial agent and financial adviser to Elizabeth I, bought the manor of Osterley in 1562 and replaced the existing farmhouse with “a faire and stateley brick house.”

The banker Sir Francis Child acquired the house in 1713 and around 1760 his grandson commis­sioned Robert Adam (and probably others) to remodel the exterior and create lavishly furnished and decorated new rooms inside, while the grounds were land­scaped and endowed with a chain of lakes. By the beginning of the 19th century Osterley Park House had ceased to be the Child family’s main place of residence.

The neigh­bouring local­i­ties, formerly known as Thornbury Common and Scrattage, were occupied by farms, cottages and brick­yards when Osterley and Spring Grove station opened on Thornbury Road in 1883. The common lay between Osterley Park and Spring Grove, while Scrattage was to its west.

Little change took place until the construc­tion of the Great West Road, when suburban devel­op­ment began with luxury semi-detached houses on Wood Lane. Each had its own quarter-acre plot and was priced at a steep £2,500. The present Osterley station – a classic Charles Holden design – opened in 1934. The old station building is now a bookshop.

In 1939 George Child Villiers, 9th Earl of Jersey, opened Osterley Park House to the public and ten years later he gave it to the National Trust. Today the house is presented as it would have looked in the 1780s and is open to the public from Wednesday to Sunday in spring, summer and autumn and on most weekends in winter. Rooms can be hired for wedding and civil part­ner­ship cere­monies and receptions. 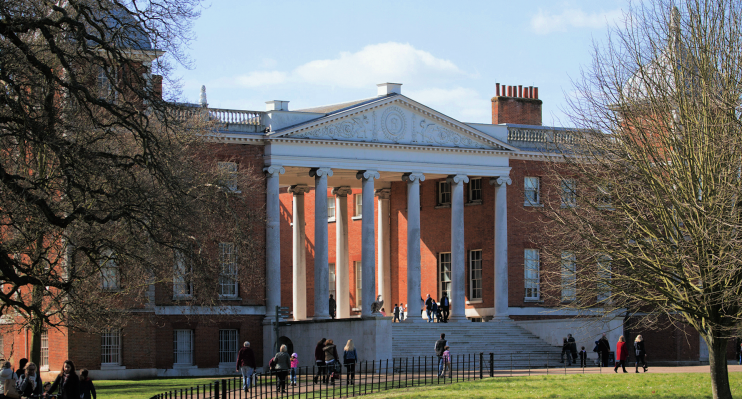 Osterley Park has been a popular location for filming country house dramas, including the 1999 version of Mansfield Park.

* The picture of bluebells in Osterley Park at the top of this page is slightly modified from an original photograph, copyright Julian Osley, at Geograph Britain and Ireland, made available under the Attribution-ShareAlike 2.0 Generic Licence. The picture of Osterley Park House is adapted from an original photograph formerly at Flickr, copyright Mike Foston, where it was made available under the Attribution 2.0 Generic licence. Any subsequent reuse is freely permitted under the terms of those licences.