A comfortable 1930s suburban locality lying on a westerly slope beside the Pymmes Brook, west of Southgate 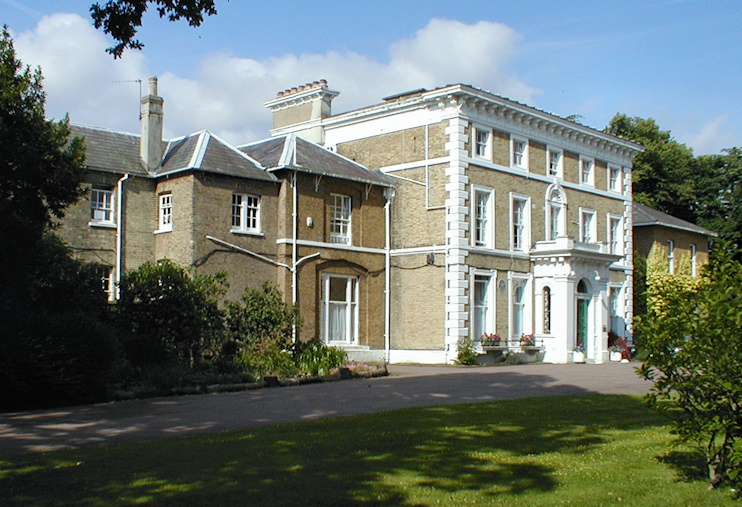 The local­i­ty’s name (which is pronounced to rhyme with ‘sausage’) comes from the Old English, meaning ‘hedge belonging to a man named Osa’. Osidge was first recorded in 1176, in a charter from Henry II to the Abbot of St Albans referring to the abbot’s woodland property here, where pigs were kept.

The land was sold off after the disso­lu­tion of the monas­teries and a substan­tial house called Osidge was erected, with parkland laid out around it. A condition of tenure was that the woods should supply faggots for the burning of heretics. In 1652 the house became the residence of local notables the Hadley family.

John Kingston of Oak Hill built a new Osidge in 1808, and promptly sold it. From 1893 this was the home of Thomas Lipton, who had been born into poverty in Glasgow and created a national chain of grocery stores. He is best remem­bered for his blends of tea, and for popu­lar­ising the beverage in the USA. After his death in 1931 most of the 60-acre estate was built up, but Lipton endowed his home as a hostel for nurses. Now a care home for elderly female residents, the house (shown above) stands in five acres of grounds at 151 Chase Side.

Hugh Davies, the developer of the Osidge estate, adver­tised the proximity of Southgate station with a para­phrase of a popular song: “Home, James, and don’t spare the horses, it’s a home on the Tube for me.” The prop­er­ties are mostly semi-detached, with generous gardens. On avenues such as Chase Way a number of the prop­er­ties have distinc­tive ‘ski-ramp’ roofs. To the west, Hampden Square provides a pleasing local focus, with shops, restau­rants and the Osidge Arms.

The singer/songwriter Amy Winehouse grew up on Osidge Lane and attended Southgate school and Ashmole school. She left her Jewish family home for the bright lights of Camden Town at the age of 15.