An improved but still less than popular housing estate in north-west Mitcham, separated from Merton’s industrial zone by the River Wandle 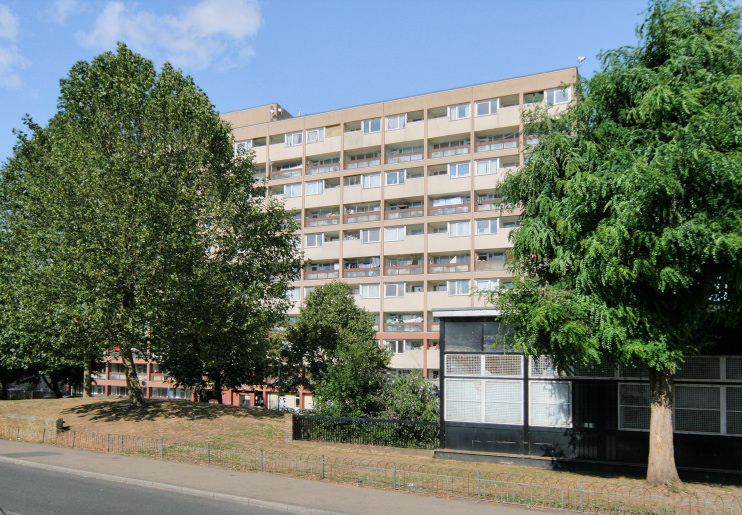 After 1700 the Wandle riverside here became part of an extensive textile industry, led by Huguenot entre­pre­neurs. The technique of using copper plates to print cloth was pioneered at Phipps Bridge in the mid-18th century.

Wandle Villa was built c.1770 on the west side of Phipps Bridge Road and is now grade II listed.

When subsi­dence began to affect the labourers’ cottages on Phipps Bridge Road, the owner of Wandle Villa built a castel­lated and ‘ruinated’ cottage as a buttress at the end of the row, as shown in the photo­graph below. The row is thought to date from the late 18th or early 19th century and is locally listed. In Hidden London’s opinion these cottages and the remark­able little folly deserve statutory protection. 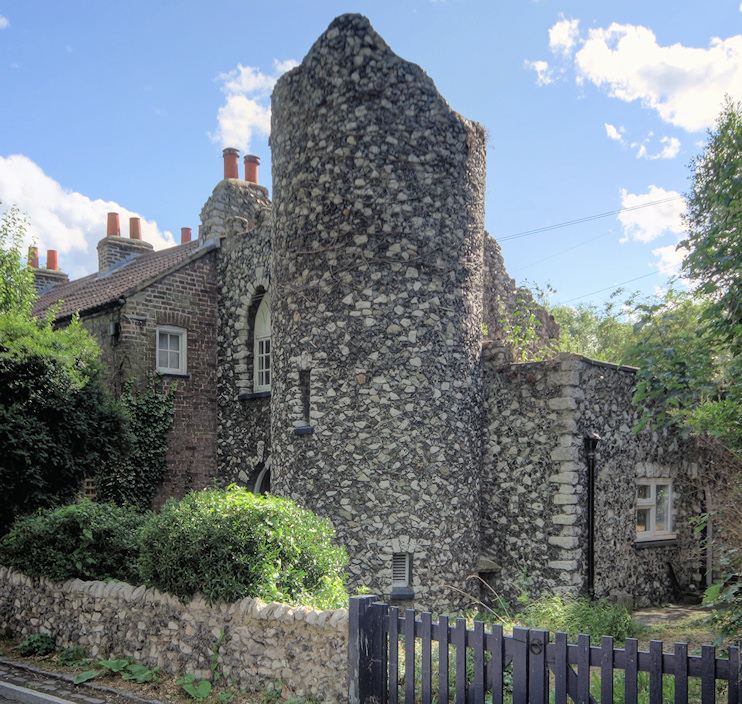 The first dense house­building came in the late 19th century with the laying out of streets between Church Road and the southern part of Phipps Bridge Road.

In the 1960s Phipps Bridge was zoned for high-rise council housing, which subse­quently became very run-down. From the mid-1990s the tower blocks were demol­ished and replaced with low-rise units.

Over a thousand homes were built in the space of four years while existing prop­er­ties were improved in one of London’s largest estate action schemes of recent times. The new prop­er­ties are managed by housing associations.

Phipps Bridge tram stop opened in 2000, on the edge of Morden Hall Park.

The singer/rapper Mathangi ‘Maya’ Arulpragasam (M.I.A.) was born in Hounslow and spent her early childhood in Sri Lanka. When she was aged 11 the family returned to London and she spent her teenage years living in a tower-block flat on the Phipps Bridge estate, where she learned to speak English.