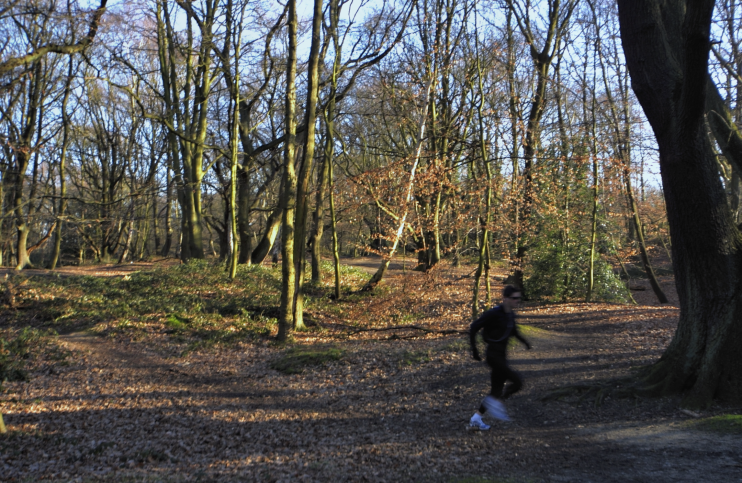 Sandy Heath’s name reflects its earlier character, before huge quan­ti­ties of clay, sand and gravel were excavated in the 1860s for making bricks and laying railways – espe­cially the Midland Railway Company’s line into St Pancras. The Illus­trated London News vividly described the extra­or­di­nary extent of the extrac­tion in 1871:

“The very body of the earth has been cut away to an amazing depth … Holes are scooped out close to the high road thirty or forty feet deep, and big enough to bury the corpses of a nation for half a century … but ugly enough to deter the boldest survivor from approaching so ghastly a spot.”*

The destruc­tive exploita­tion of the Claygate Beds and Bagshot Sands of Sandy Heath was autho­rised by Sir Thomas Maryon Wilson, the noto­ri­ously rapacious lord of the manor who sold 21-year leases to the extractors.

Maryon Wilson’s persis­tent attempts to profit from his stew­ard­ship of the common land prompted the campaign that led to the Metro­pol­itan Board of Works’ acqui­si­tion of Hampstead Heath in 1871.

Sandy Heath’s landscape is now low-lying and hummocky, with bogs and precip­i­tous hollows. The once despoiled terrain has been colonised by birch, beech and oak trees that provide a favourable habitat for nesting birds like long-tailed tits. 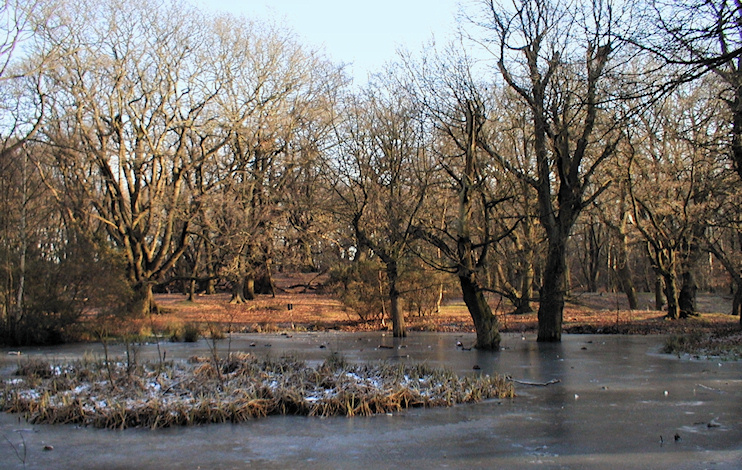 An inter­con­nected set of ponds in the middle of the heath is called Iron Pan Ponds** – also known collec­tively as Sandy Heath Pond.

Despite some steep climbs, Sandy Heath is popular with walkers and horse riders. A raised path formerly known as Rotten Row, but now an extension of Sandy Road, runs across the heath from North End to Spaniards End (or from the Old Bull and Bush to the Spaniards Inn, if you seek refreshment).

The route of the raised path is shown in the satellite image below. Volun­teers from Heath Hands help with gorse manage­ment, so that all the paths remain passable.

* Quoted in Deborah Wolton and David McDowall, Hampstead Heath, Frances Lincoln, 2007
** iron pan – a hard soil layer that is cemented with iron oxides and that usually consists of sand or sand and gravel (Merriam-Webster)