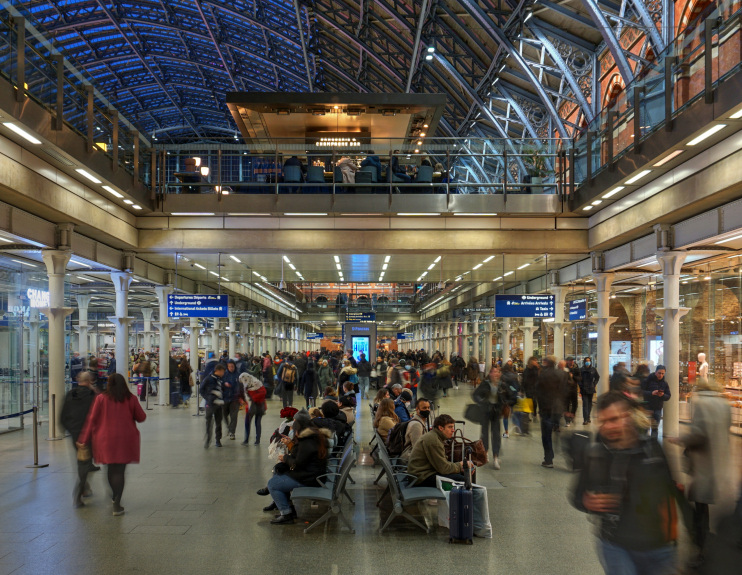 St Pancras’s name is an angli­ci­sa­tion of the Latin St Pancratius, a third-century martyr who was beheaded at the age of 14.

St Pancras old church (located near the top of the map at the base of the page) may be of seventh-century origin and was probably rebuilt in the twelfth century. However, its parish­ioners subse­quently migrated north­wards to Kentish Town and the church was left isolated in the fields.

From the late Middle Ages the locality was often known as ‘Pancridge’, a name that acquired conno­ta­tions of mockery: the victor in a local archery contest was dubbed the Earl of Pancridge and a pompous character was conse­quently sometimes called a Pancridge earl. An ‘old Pancridge’ was a term of contempt.

St Pancras workhouse was estab­lished in the 1770s and relocated in 1809 to the east side of what is now St Pancras Way. The workhouse was progres­sively rebuilt over the following century and later became home to the Hospital for Tropical Diseases, London, and then to its present tenant, St Pancras Hospital. 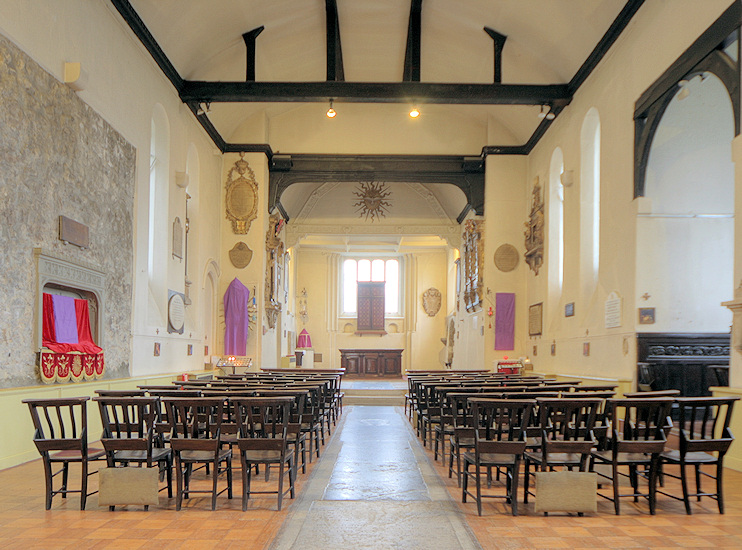 Shown in the photo above, the original St Pancras church survives on Pancras Road but a neo-Grecian church of the same name was built in 1822 on the corner of present-day Euston Road and Upper Woburn Place (near the bottom of the map below) to serve the streets that were spilling out of Blooms­bury at this time.

This was never an area of the highest class and it dete­ri­o­rated with the arrival of the railway termini, the first of which was Euston in 1837. North of the Euston Road condi­tions became partic­u­larly bad in the parts of Somers Town that were not taken for station buildings or goods yards.

St Pancras station and the Midland Grand Hotel were built from 1865 to 1874 by Sir George Gilbert Scott for the Midland Railway Company. Scott was a builder of churches and a restorer of great cathe­drals and this expe­ri­ence shows in his work here.

The hotel’s interior is arguably even more magnif­i­cent than the façade. The building was converted to office use after 1935 and renamed St Pancras Chambers. The offices were closed in the mid-1980s when they were deemed non-compliant with fire regulations.

Next door, the St Pancras goods depot was replaced in the 1990s by the British Library (see the page on Somers Town).

British Rail tried in vain to gain permis­sion to demolish the Midland Grand Hotel and it remained empty for many years, while the platforms behind were underused. Finally, a new use was found for the station and from 2007 it became St Pancras Inter­na­tional, the London terminus for the Channel Tunnel rail link, while retaining its existing services and gaining a Thames­link connection.

Most of the hotel has recently been returned to its original purpose, with the addition of some loft-style apart­ments. The photo below shows the hotel’s grand staircase. Inside the station a bronze statue of Sir John Betjeman honours his role in the campaign to save the complex from demolition. 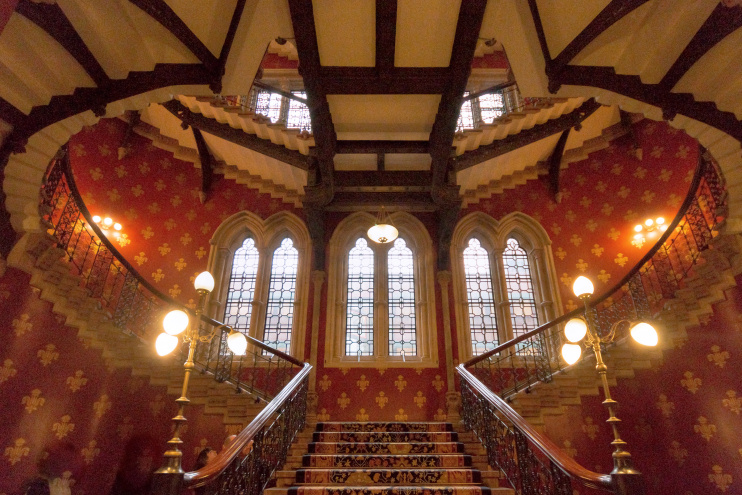 The Museum of London has a wonderful evocation of the station’s cathedral-like qualities in John O’Connor’s evening view from Pentonville Road, painted in 1884.

The dramatist George Bernard Shaw was a St Pancras vestryman and councillor from 1897 to 1903, during which time he worked to establish the first free ladies’ public lavatory in the borough.

* The picture of the grand staircase of the St Pancras Renaissance Hotel on this page is slightly modified from an original photograph, copyright Barney Moss, at Flickr, made available under the Attribution 2.0 Generic licence. Any subsequent reuse is freely permitted under the terms of that licence.